I had a phone conference with my doctoral advisor this morning. She is just back from two weeks in Spain. There was a whole bunch of stuff I needed to get done while she was gone, but because of the mess at work I couldn't get to all of it. I told her that, and that I did what I could. I was prepared for the worst.

She was very cool about it, and told me I am right where I need to be at the moment. Which is kind of a surprise because most of last semester she was telling me I was behind, and that I needed to be caught up by summer. This is doctoral school in a nutshell.

I had to turn in a draft proposal for my project earlier this week. It was kind of long--20+ pages, thought the final product will be in excess of 80 pages. I went out and bought a heavy-duty stapler yesterday. This was the other part of our conversation. She made some suggestions for how to tighten it up, but otherwise liked it. She complimented me on my academic writing skills, and mentioned that it was refreshing to read something that made sense, where she could focus on the content rather than the mechanics.

So it was a good conversation. There is a bunch of stuff I need to do in the next two weeks before our next conference, but at least I have time to do it. It's starting to come together.

I edited some wedding pictures this evening that I took a while ago for some friends. They haven't really asked about them, so I kind of put it off until this week when they did ask about them, more than a year later. I'll see them tomorrow and give the pics to them. Don't ever hire me as a free wedding photographer. Anyway, they turned out great.

They didn't have a cake, but did have a toast with shots of tequila, which I thought was pretty cool, and provides my image for the day. 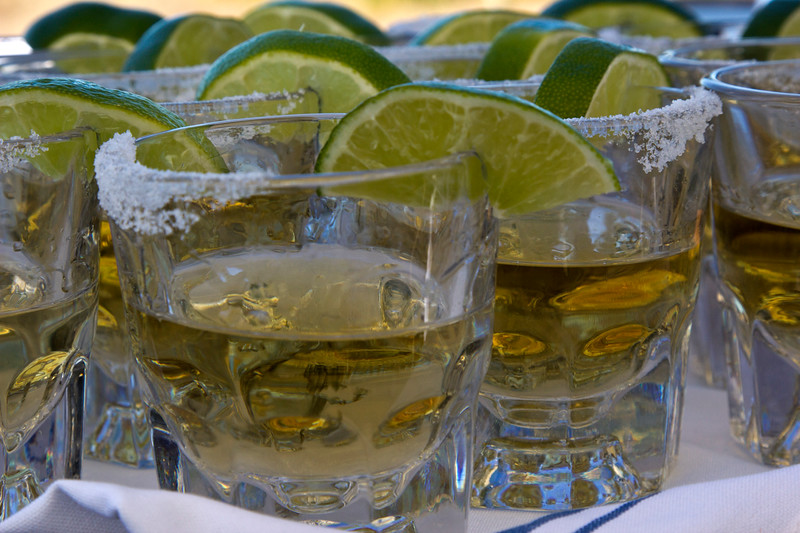