It was hot again today--about 103 I think, which was a bit less than predicted, and we got a bit of a breeze after the sun went down, so tolerable. It's 83 now.

As usual, I walked early. I did a couple of circuits around the park, then did a couple around another park. It got hot early, but I had lots of water. 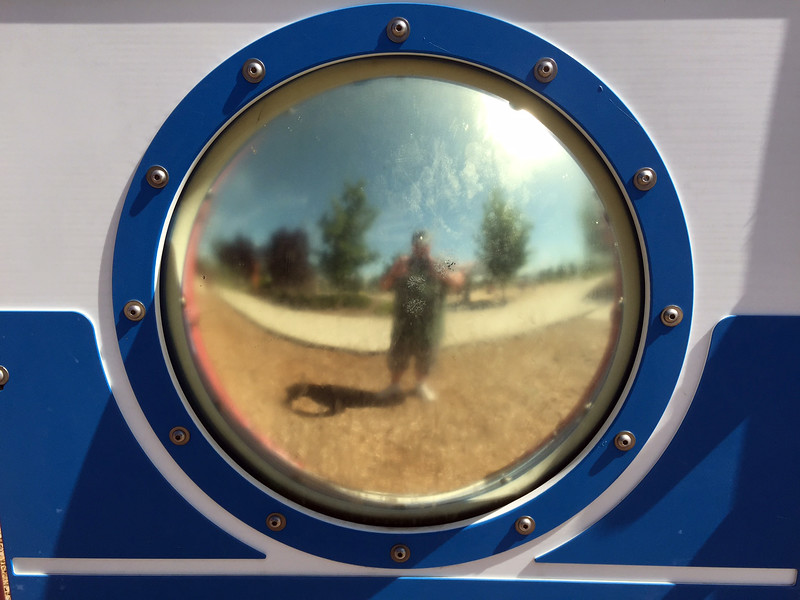 A bad self-portrait along one of my walking paths.

After my walks I got in the car and played out a big Ingress field that took me through three counties. It was kind of fun, and I did it, but the Resistance was on my tail and had it down about 5 minutes after I got it up. At least I got a screen shot.

Before (a very lovely field, but the wrong color).

Here is one of the places I stopped today. It is a portal. but is also a place that sells locally produced olive oil, vinegar, and wine. The last time I was here I bought some olive oil. I bought a bottle of wine today. The woman remembered me.

This place is named after the Cosumnes river, which is just a mile or two away. There is a nature preserve along the banks that I like to hike occasionally. It wasn't until I downloaded the picture that I noticed that the sign is spelled wrong. There is one too many n's. It's Cosumnes, not Consumnes.

Anyway, I came back to town and had a nice lunch. I got home and closed the garage door, and the cables snapped, and now the door won't open. The garage door guy will come in the morning.
Collapse