Instead of going out to walk this morning, I sat out in the back yard and read my book. I was at the point where it was difficult to put down. It was nice out there. The birds were making noise, the squirrels were running around, and the weather was perfect. I had a cup of coffee as I read. It's a nice way to spend the morning.

Malida had an ultrasound today, so I took her to the appointment,and then we went to The Habit for lunch. They have tasty burgers. We did dome shopping after lunch and then had a nap.

During my nap I had an interesting dream. I don't quite remember what was going on, but it occurred in my old babysitter's house. There was a woman there who was supposed to be doing something for me--looking over papers or something like that. It is someone I know. She has a little frozen yogurt stand over near the park, and we stop there after our walks sometimes for a yogurt or shaved ice. In the dream, she only has one leg--the other one is a prosthesis.

I woke up after the nap and finished my book. It is the third in a trilogy. The first book, called The Passage, is among the best books I have ever read. It is a book that stayed with me long after I put it down. The second volume in the trilogy dragged on a little, as most bridging volumes do. The final book, The City of Mirrors, closed the series out nicely, though with a number of heartbreaking moments. When I got to about the 75% point in the book, I had no idea which direction it would take. I like a book that is hard to predict. Anyway, if you are up for a nice long summer read, check it out.

Malida and I visited my financial planner the other day. I hadn't seen her for a while. The last time was just after I had left my job, and was setting out on my travels to find my new life. I gave her control of my retirement accounts and haven't thought of them since. They have done ok, given the ups and downs of the economy over the past 10 years.

We went over everything, and she made up a plan for me to retire in about 7 years. I will be about 66. That sounds about right. The good news is that Malida will be able to retire a few years after me, when she is about 50. I could actually retire now, if I wanted to. I like teaching, though, and want to be able to do something with this doctorate I am working towards. And having the summer off is kind of like partial retirement anyway. At least until the middle of August. 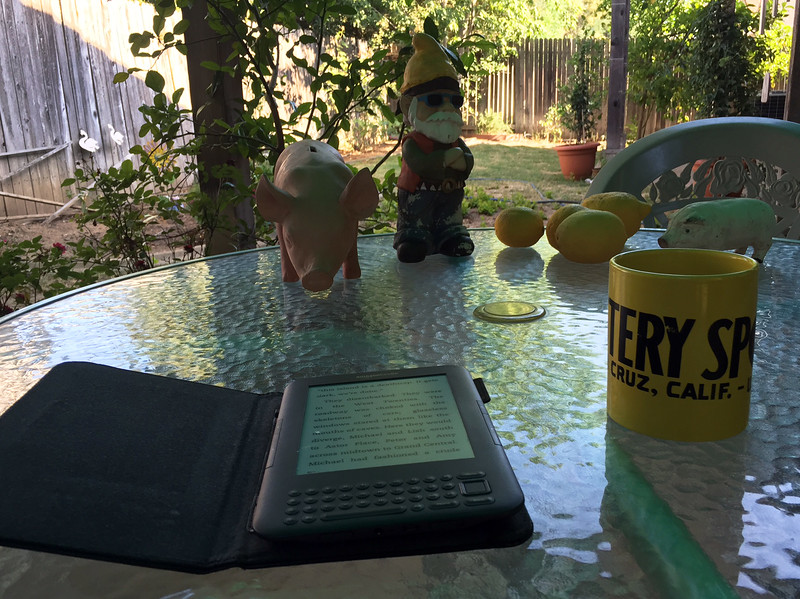