We got up early and headed up to the Sierras to do some skiing. The week's storms dumped a lot of new snow, and we wanted to get up there before the next storms come through tomorrow. It was a beautiful day--lots of sun, cold (like 9 degrees F), but very little wind. It seems as if a lot of people had the same idea as us, and it took an hour from the freeway exit to the ski place five miles up the road.

Most of the people were going to the big ski place across the street from the little old-school ski place we like to go to. It's called Donner Ski Ranch. It is smaller than the other places, but the prices are good and it is never crowded. 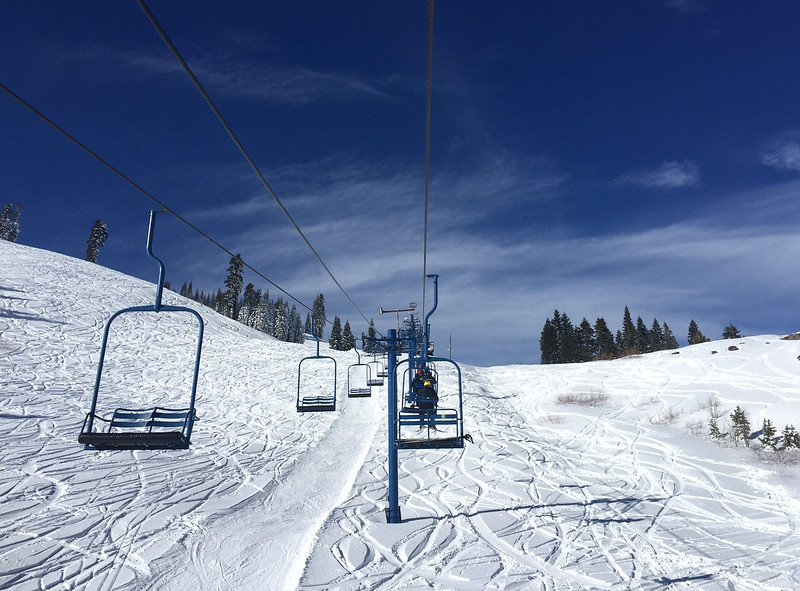 We hadn't been up to ski for close to three years because of the drought and other things, so we started out a little rusty. My knees are three years older too--I noticed the difference.

Malida had fun. She is usually the one who wants to go skiing. I go reluctantly, and end up having a good time. I took her and her friends up one year after she first got here and was going to sit on the deck and watch, but it looked like so much fun I got some skis and joined them. I skied a lot when I was a teenager and into my early 20s, but just kind of stopped going. I think it was something like a 30-year gap. 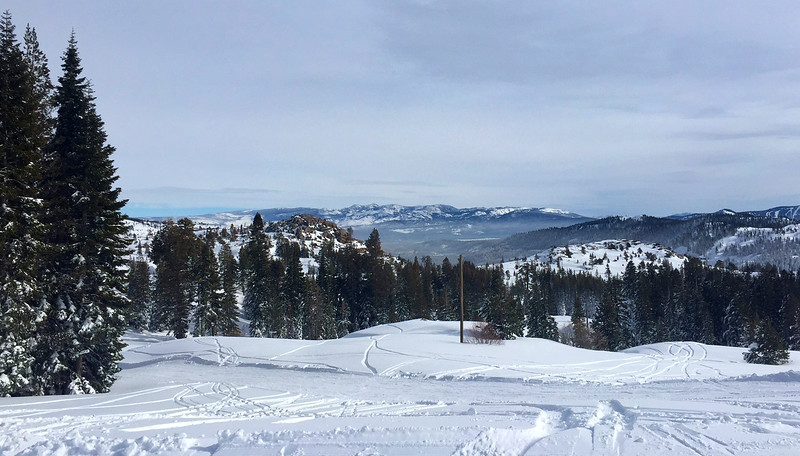 We are expecting big storms this weekend, and are staying close to home. Should be nice and cozy.
Collapse