Today was mostly a homework day, but we did go out and walk a cycle around the park, now that the path has mostly dried up. We came across a valley oak that had fallen over due to ground saturation. It is one that has been on the edge of some of my park pictures but never the featured player. Still, I am sad to see it fallen. 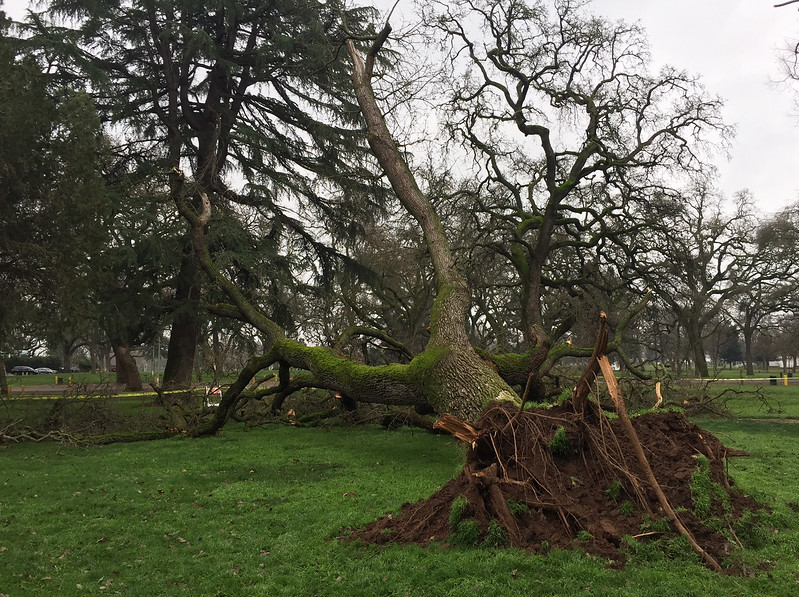 These oaks are not the original oaks here. When the land around the park started to be used for farming, the water table dropped and most of the old oaks died. It wasn't until the late 1930s that the park land started being irrigated and the current oaks were able to mature. I guess that it is because they are dependent on irrigation rather than the water table that their root system are shallow, and prone to falling over. Just a guess.

We had some lunch at the Pho place and then did our shopping for the week. Spaghetti and al pastor pork are on the menu. I came home and rested a bit before throwing myself fully in the assignment that was due this evening. I find myself much less stressed about school now than I was at the end of last semester. It seems doable again.

The cats were bothering me so I put some toys in their smart box. The smart box is something that Malida bought them for Christmas. It is a wooden box with a bunch of holes in it. You put toys and stuff (like catnip) in there, and they try to get the stuff out. This seemed to delight them to no end, and kept them occupied until they got tired and wandered off to take catnaps. 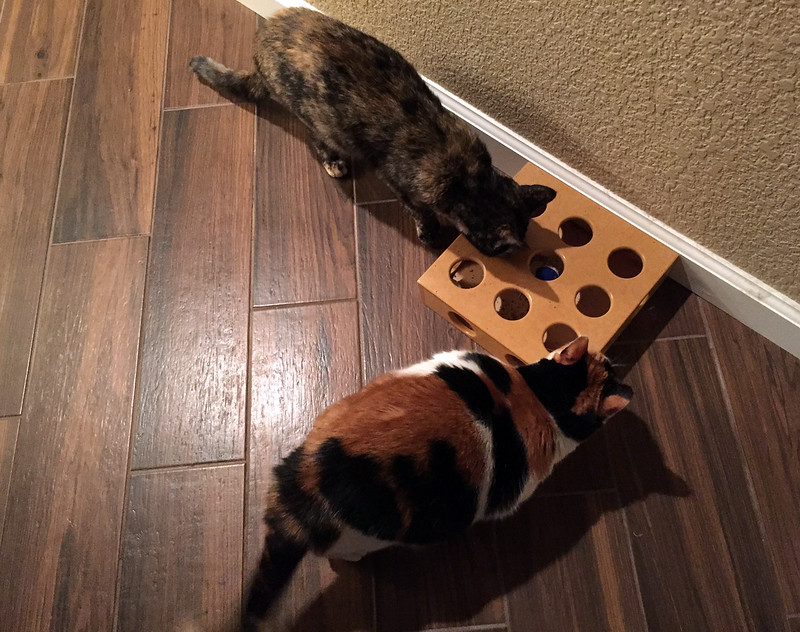 Tomorrow is a holiday. I have all sorts of things to accomplish, but will spend some time reflecting on the legacy of MLK.
Collapse