This date has some vague familiarity to me, but I can't remember what. Nothing earth-shattering like The Great Pistachio Massacre of November 22, 1979.

Anyway, I took the class pictures today. I have been doing this for about 8 years now. I pretty much have it dialed in. The secret is to take a lot of shots in rapid succession, and hope that in at least one of them, everyone has their eyes open. I am not sure how each succeeding class knows to ask me about taking their picture, but they do. I guess someone tells them I will. This year, they didn't really ask--just asked me if today was ok to do it.

After the pictures I went over to the hospital for a while so my students could select their patients for tomorrow. I have a former student on one floor who, whenever she sees me, runs up and gives me a big hug. I like hugs. She stuck around and talked for a bit. She loves being a nurse, and it shows. She brings light to that unit.

After I got out of the hospital, I went to the Greek place down the street and got a gyro. It was delicious as usual. I first went there years ago on a date with a pharmacist. That didn't work out, but I got the gyro place out of it, so consider it a happy ending.

After I ate I drove down to see one of my old houses, but got sidetracked and ended up near the river at a park that was developed around the old city dump. I used to come out here and eat lunch when I worked close by, but haven't been out here for a while. It was a good day for a walk, and that's what I did.

To the left is the American River, a few miles up from where it joins the Sacramento River. To the right is where the dump was. I thought about what a gift it is to turn a dump into a park.

I walked down to an old railroad bridge that was built in 1901, the same year my grandmother was born. There were quite a few people out walking, many with their dogs. One guy had a dog that looked like a dingo. He said the dog's name was Dingo. 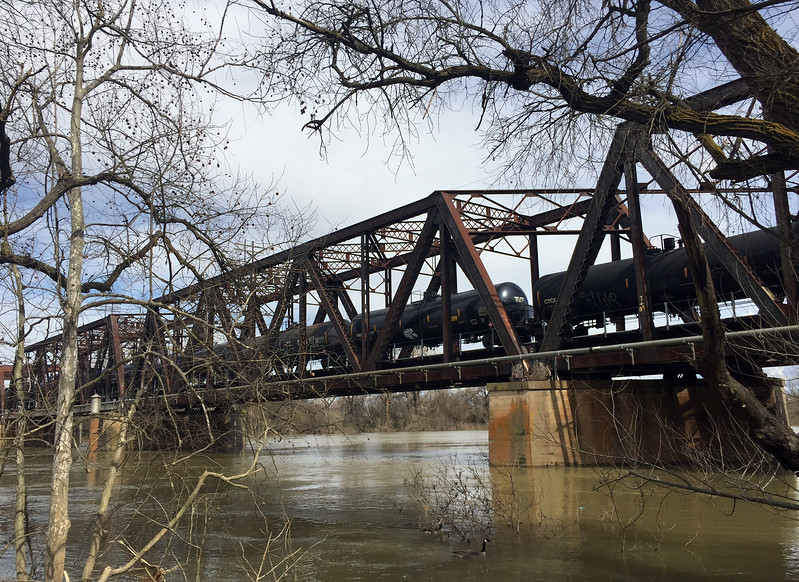 I came home and had a nice nap. When I got up it was pouring rain again, but ten minutes later the sun was back out. I had leftover stroganoff for dinner. I think it was even better the second time around. I had a nice text chat with someone I used to work with in the ICU. Lots of changes going on there. She says I was lucky to get out when I did.
Collapse