When I was driving into my sleepy neighborhood this afternoon, I thought I saw that someone had changed the speed limit sign from 25 mph to 40 mph. I went back to take a look, and sure enough. The sign now says 40 mph, which is kind of dumb.

There is only one street in and out of our neighborhood. For about the first half mile off the main road, it is wide, and has nothing but sidewalks and trees. It's kind of nice. 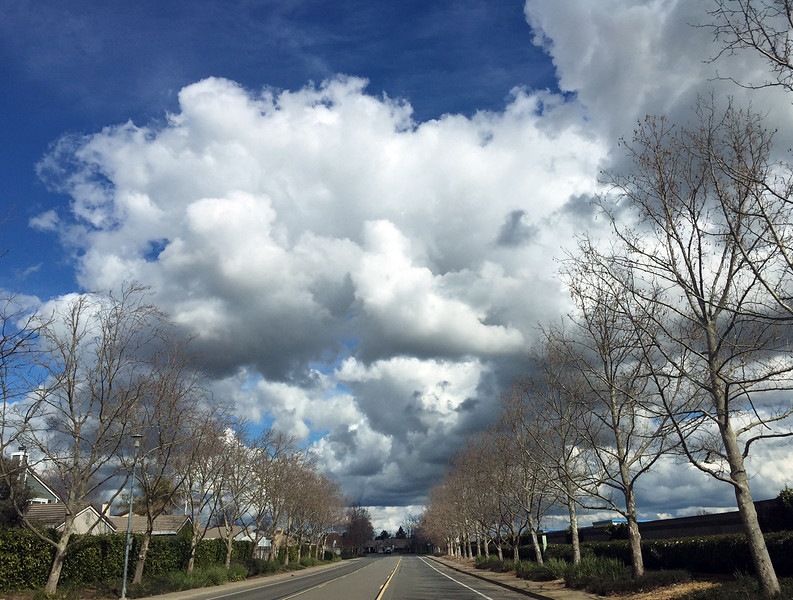 not today, and not even a day like today, because there were no clouds today

The speed limit along this stretch used to be 35, and now it's 40, which is not really that big a deal. It's when you get down to the end there, and the road curves and narrows. Then there is a little neighborhood park and playground on the right and houses on the left. The road terminates into a bunch of streets with houses. No exit. That's where it used to slow to 25, but is now 40. Right past the park where the neighborhood kids play.

I thought someone had made a mistake, and called the public works department. The woman I talked to said there had been some other callers and they were aware. I told her I figured it must be a mistake, and she corrected me and told me that it wasn't. The city raised the speed limit. So I left a message with the public works guy expressing my concern.

Our area has one of those online neighborhood forums, and I mentioned it there too, with the picture, and suggested people call public works. Lots of people have responded. I feel like a neighborhood celebrity. lol.

Why am I telling you all this? Well, the speed limit sign was the only picture I had today, so I thought I should justify it, and it gave me a chance to use the leftover cloud picture from the other day.
Collapse