I came across a lot of crazy random stuff today.

One of the best crazy random things was a notice in our neighborhood online forum about someone's tortoise that had walked off. In the description they noted that it was three inches high, and six syringes in diameter. I am guessing that was some sort of auto-correct, but it made an indelible image in my mind. The owner added, "he is a vegetarian".

The notice immediately below the tortoise was about a ten-speed bike that was stolen, on the same street. I immediately suspected the wayward vegetarian tortoise.

The second random crazy thing was something I saw on Facebook, that advised, when leaving a meeting room, to put a random, meaningless diagram up on the flipchart or whiteboard, and let the next users of the room try and figure out what it meant. As I was waiting for my students to arrive to post-conference, I started playing around on the whiteboard and came up with this: 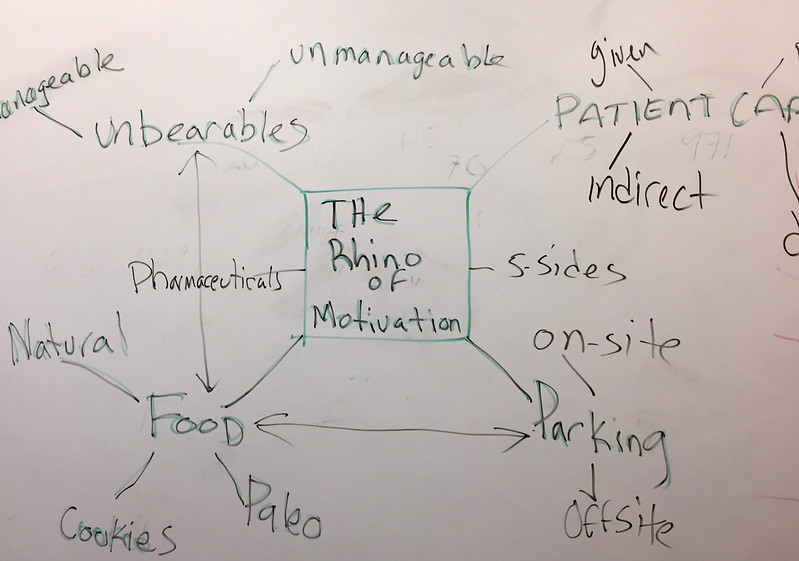 The "rhino' comes from the Facebook post, which had some sort of rhino reference. I was finishing it up as the students walked in, and I saw them trying to puzzle it out. After I finished I sat there shuffling papers for a few minutes as they tried to make sense of it. Little discussions popped up about the various connections, and they started working out rationales to explain it. One student studiously started transcribing it to a piece of paper, because that's what students do: 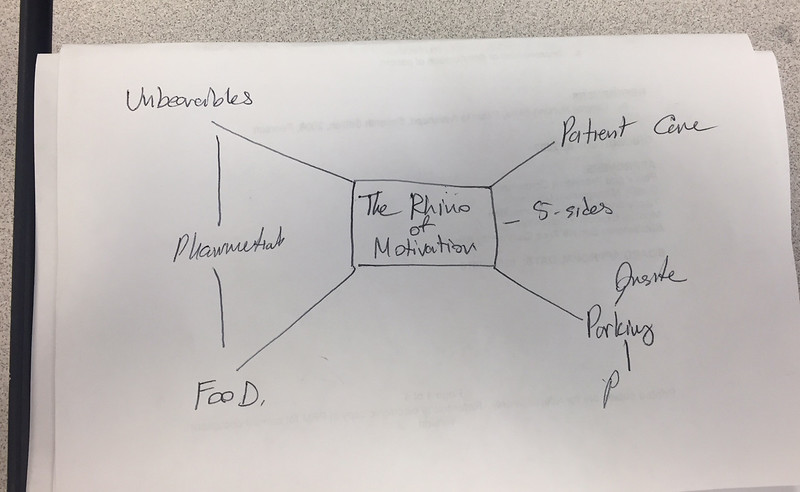 This wasn't meant to be an exercise in critical thinking, but that's how it turned out. I'm going to have to think about how I can incorporate The Rhino of Motivation into how I teach. If I write something on the board, I don't want them to just accept it. I want them to question it and challenge it.

That was what I learned on the last day of clinicals for the semester.

You know, I meant to erase that diagram when we left the room, and completely forgot.
Collapse