Uhh, yeah he looks kind of familiar. Didn't I go to high school with him?

Normally I wake up before my alarm goes off and lie there acclimating to the new day. Today it went off and I hit the snooze button. I got up nine minutes later than usual, and felt nine minutes behind all day. I was supposed to be the 10-12 lecture, but needed to change to 8-10 so I could be at a meeting at 11. Meeting was cancelled.

I had another meeting scheduled for tomorrow at 12:30, but the person I was meeting with thought it was today, and asked if we could postpone until 2, which was fine, but then I got confused about what day it was, and went on the assumption it was Wednesday for an hour or so. Then one of the students reminded me that I was going to take a photo of all the students in the nursing program at noon, and I remembered that it was actually Tuesday. And now I had a 2 pm meeting that I wasn't planning on. 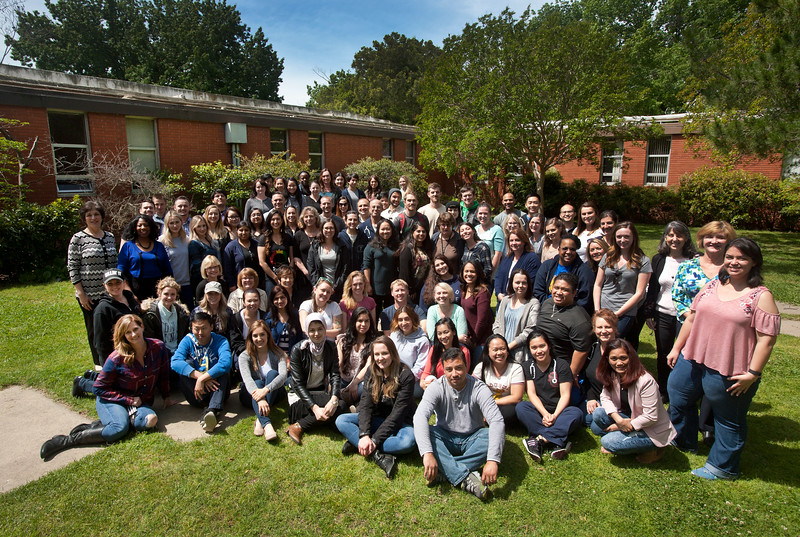 This represents the last nursing classes that will be in this building, as it will be demolished over the summer. They are using the photo for some sort of commemorative thing.

One of the first semester students said "let's get this thing done--I ain't got all day." I marked him in my memory.

There is an interesting meme going around on Facebook to list 10 bands you have seen, but one of them is a lie--you really haven't seen them. I'm not a meme person, but I liked this one, so I played along. It was a lot of fun seeing what people thought. Here were my bands:

Which one of these do you think I didn't actually see? If you saw this on Facebook, no cheating!
Collapse