I got an email from my boss' secretary Friday asking if I could take care of selling raffle tickets at a continuing education session we were putting on today for Nurse's Week. It was something my boss put together so that we could acknowledge the role nurses play and celebrate. There were faculty, students, and people from the community invited to hear some speakers from the big medical center in town.

My boss was going to handle the raffle, but had an unexpected family emergency, so I was happy to step in. The raffle was to support the fund that was set up for students in the name of one of our former faculty members. I wrote about it earlier--the cart who the snacks for students.

So anyway, I was there at the conference, sitting at the table with my tickets and prizes, and a woman walked up and said, "Mike?" (Mike is my name, if you don't already know it.)

I recognized her immediately. It was Margo, a nurse I worked with at the Air Force hospital in Germany 40 years ago. She was my first role model for what a nurse was, and I had never forgotten her. We had connected recently on Facebook, but had not seen each other in 40 years. I can't describe what it meant to see her again after all these years.

She works in education at the local VA hospital, and came to the conference at the invitation of a mutual friend and colleague.

We talked for a while, and later had lunch together. It was so good to see her and share some stories, not only about the past, but about our journeys as nurses. We both spoke briefly to the group at the conference, and found that our philosophy of what nursing is about is very similar.

The other remarkable thing for me is that the last time we saw each other, I had no idea where my life was going to take me. I am so grateful that it took me to a place where I am doing what I am doing, and that I could share that with her. And that she knew what it meant. 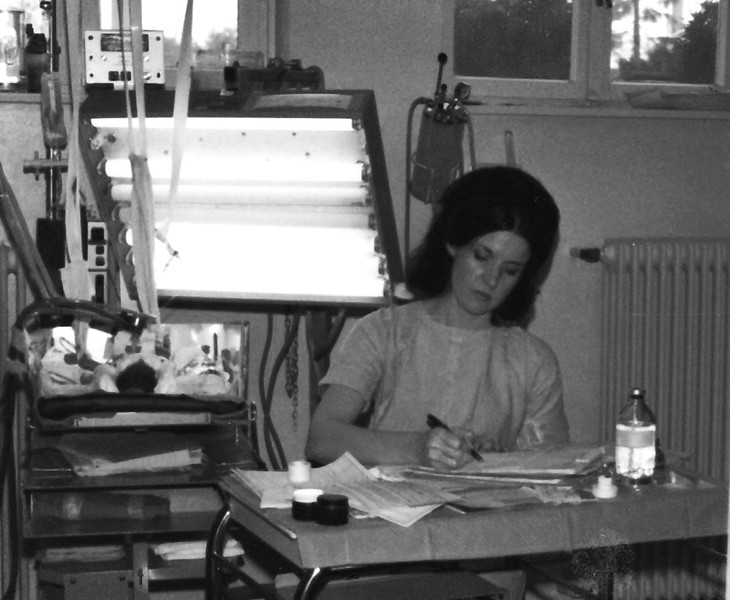 Margo 40 years ago, in the two-bed neonatal ICU we set up under the direction of a neonatologist who happened to get stationed at our little hospital and changed how we approached preemies. She still remembers the name of that baby, who was born at less than two pounds, and survived.

We made plans to meet again over the summer and catch up some more.

It was a remarkable day.
Collapse