I woke up early at 6 am, and tried to wake Malida who said, "15 minutes", and then it was 8:30. We decided it was too late to go back into Yosemite. You have to get there early to avoid the crowds, and we were too late for that. So we had coffee and decided on plan "b" which was to drive down to Jamestown and see the railroad museum, and stay in the town of Murphys. We chose Murphys because it was a town we had never visited.

It was hot by the time we got on the road--88 degrees, portending an even hotter day. It was ok, because we knew there was a pool waiting for us in Murphys. We got to the rail museum just in time to participate in the roundhouse tour that was starting at 11:30.

The roundhouse was awesome. Not just the engines, but all the tools and pieces of iron lying around. I will post more of it later. Interestingly, I took more pictures in the roundhouse than I did in Yosemite. 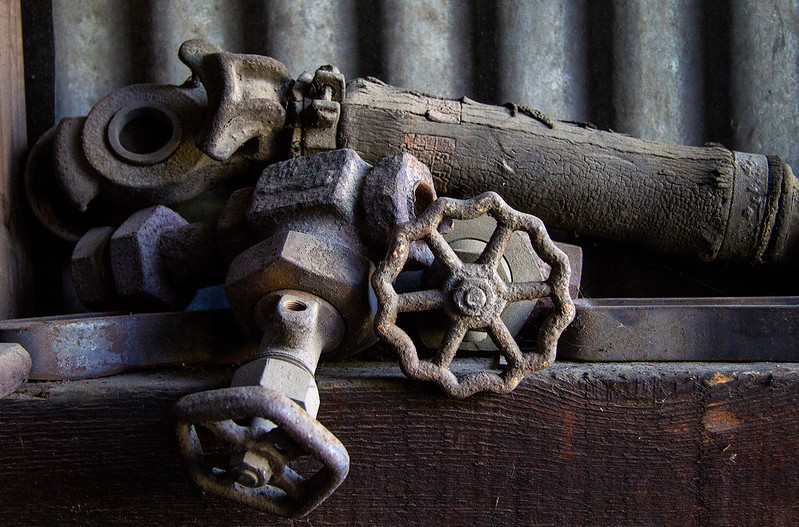 This stuff fascinates me to no end. The roundhouse has a blacksmith shop with all sorts of hand-forged tools they have used on the trains, and still do. I am sure at least two of you share this fascination. More pictures in the coming days.

Laura, the docent who guided us on the tour through the roundhouse. I have gotten out of the habit of photographing random people, but the light was so good here I couldn't resist. I will see if I can send this to her. 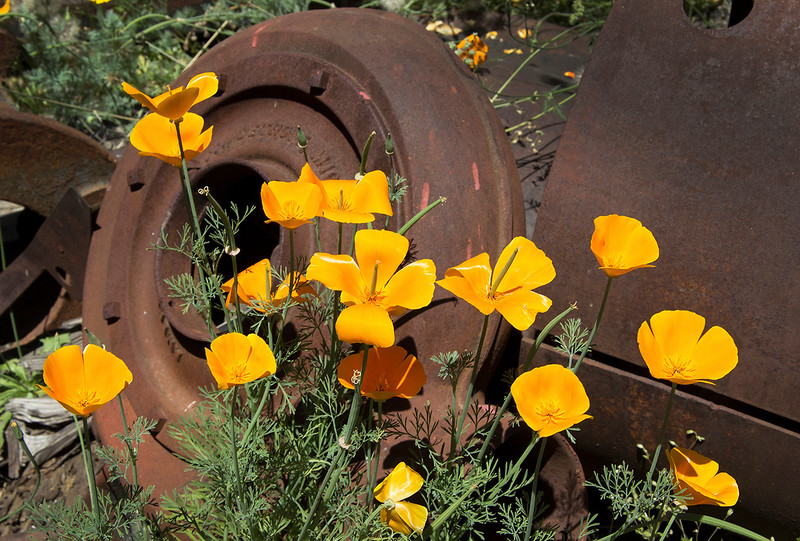 After the museum we headed to Murphys and checked into the hotel. We had a nice nap and got up to take a swim in the pool. After that we waked into the town and were completely charmed by it. There are a lot of wineries around here, and a lot of them have tasting rooms in town. They were all closed, but we made plans for another day. We had a lovely dinner at an open-air restaurant, and met a guy who drills wells. When he was a boy, he had a goat named Hortense, who won a ribbon at the county fair. There is a whole other story about this guy.