I forgot to post yesterday, but if I had posted, I would have recounted how I drove over to the small farming town about 15 minutes southeast of here to capture a portal at the post office and mail a letter. When I got to the post office, I discovered that they were having a commemorative event for Memorial Day, so I stayed for that after I mailed my letter.

The post office seems to be an interesting choice, but it is probably the closest thing to a town center that they have. There is a lovely rose garden next to the post office, with walkways made from commemorative bricks. It is one of my favorite Ingress portals. I like sitting in the rose garden as I capture the portal.

When I arrived, there was a speaker, talking about the significance of Memorial Day, and about the people of the town that have served in the military. She then introduced the local boy scout troop who played some instruments and sang a song. I was a boy scout way back when, so feel a sort of kinship with them, and enjoy seeing them out doing public service.

After the boy scouts, they introduced a local pastor, who offered a somewhat unusual prayer that included praying that the intelligence community be guided by God. I'm not quite sure what that meant, but given the tenor of the small town crowd, I could venture a guess if I needed to. But I won't. The ceremony ended with a bagpiper playing taps.

After the ceremony, everyone headed across the parking lot where the fire department was grilling hot dogs and selling them for a modest price. I had a hot dog and a bottle of water.

I bought a commemorative brick to go in the rose garden walkway. The person who was selling the bricks pointed out that they did not have to be a memorial "per se", the writing could say anything as long as it was decent.

So I wrote: TROUT FISHING IN AMERICA. 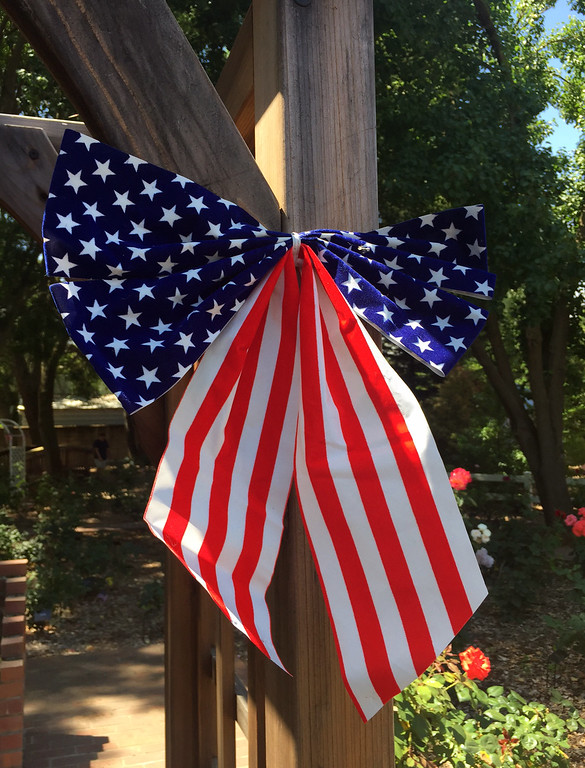 I went over to the campus today to see what was up with our new offices. The guy from our division who is overseeing the move sent out an email Friday asking if we could come by to figure out where our stuff was supposed to go. So I went.

I was surprised to see that our new office space is pretty much done, and almost all our stuff moved out of the old building. Everything that got moved over was stacked against one wall in the office room, and all our lab stuff is all over one of the classrooms. It's kind of a mess, but you can see how it will ultimately be, which is a big step up from when I was there the last time.

I talked a bit with the coordinator guy, Varnell. He is the lab manager for the science department, and always wears a brown lab coat. I like him. He is no-nonsense, and just wants to get things done. We looked at all the stuff and talked about where we could put it. I made some suggestions that he liked.

In the main office, there are four cubicle pods, with three desks each. My team's pod is kind of in the middle. Other than the close proximity to my coworkers, I kind of like it. I have a little more space than I did in my old office, and the desk doesn't look like it came from war surplus.

Outside our pod is a pod wall that is about 8 feet long. There were a lot of boxes for the various teams stacked up against it. I asked Varnell about what was going to happen to that space once the boxes were moved, and whether nursing could put their bookshelves there. He said "sure", so I claimed that space. I moved all the boxes out and had our two big bookshelves moved there.

I wasn't planning to move a bunch of boxes when I went in, but I ended up putting each team's in their respective pods, and ended up with a sore back, but nothing major. I walked back and forth between the old and new office a couple of times and ended up with about 14,000 steps. I capture the portal that is closest to the office and claimed it as my office portal.

I sat at my cubicle for a bit and pictured how I would arrange it. There are no windows, so I will put some sort of poster or something along one wall, and use the other wall as my bulletin board. I went to the office supply store and bought a red wall clock to put on another wall. I'm going to make the most of this.

I took a picture of my desk, but it is incredibly boring, even by my standards, so I will post a picture of our lovely depression-era performing arts center that I took when I walked from the old office to the new one. 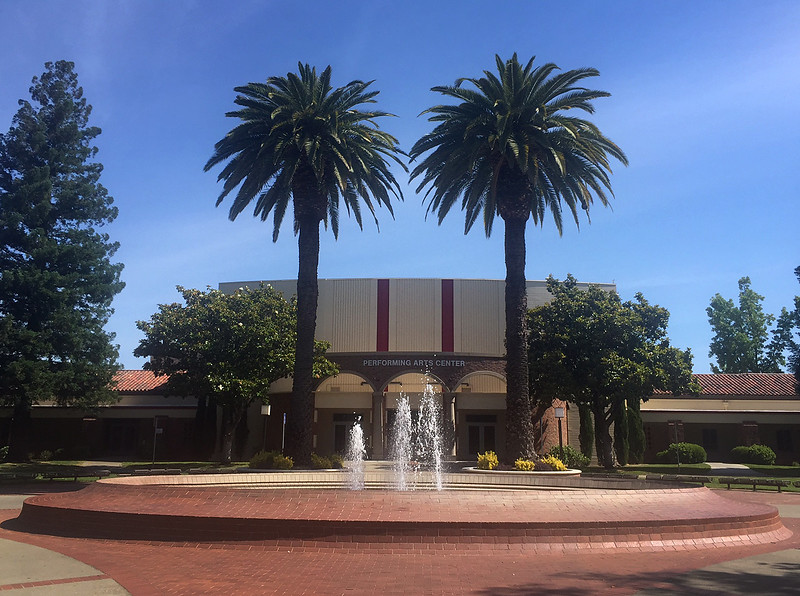