Malida was off today, so we got to spend time together. I like when she is off, but I also like when she is working, and I get time to myself. It keeps me happy and sane. In any case, she got up way early (6:30) and tried to convince me to do the same, but I wasn't having it. So she went out walking, and by the time she came back I was up and having coffee.

She had some things to do, so I went out walking in the park. It was a lovely morning, and the temperature was perfect for a walk.

This seems a sort of dreamy photograph. I was thinking about the light and shadows when I took it, and the geese in the distance. I am not sure what caused the rainbow effect--maybe the light hitting the lens from the side or something.

We had fish tacos, which were delicious, as well as an order of fish and chips, which was also delicious. I will be sure to go back and try that brisket they were smoking out there. 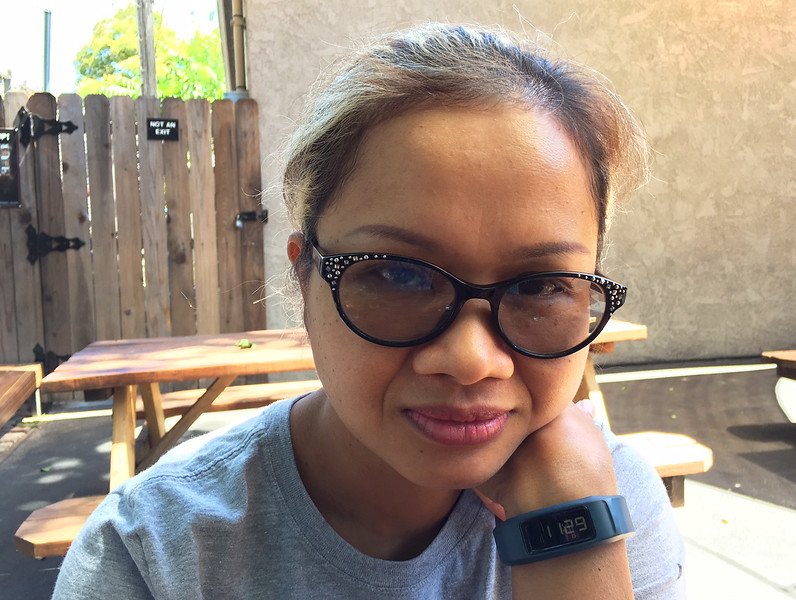 I took this picture of Malida while we were waiting for our food. I like it.

It was a nice evening, so we went out walking in the park again just before sunset. We happened across our housekeeper who was driving past us and stopped to tell me she would be coming by Monday to clean. Interestingly, she was all dressed up and driving a fairly new Lexus.
Collapse