I forgot to post yesterday, so am making up for it. I really never said I was going to do a post every day, but I found that if I skip a day, it's one step closer to just not posting at all anymore. I guess.

Anyway, we got up fairly early for a Sunday and headed out to the nursery to buy plants for our yard. We had gone the day before, and scoped things out, so we had a fairly good idea of what we wanted. Some shrubbery (bring me a shrubbery!), a bunch of herbs, some vegetables, although it is a bit late to be planting vegetables, and a few other things.

We came home and planted everything before it got too hot. It felt good to be out working in the yard again, and having a place to grow stuff. We got everything planted then went and had some tacos.

Later in the afternoon, Malida sat outside with the plants to make sure they were doing ok. We like how the yard has turned out. 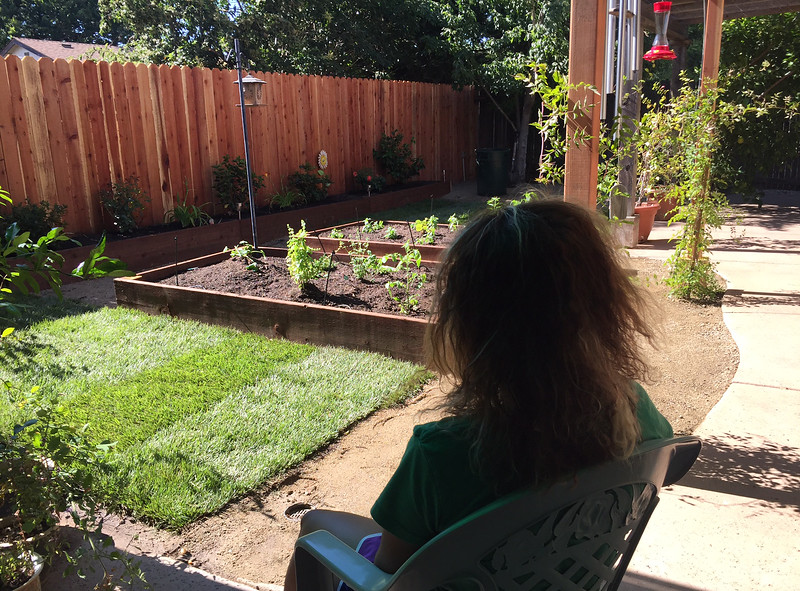 In the evening, I started reading a book somewhat about the funeral industry. It's called "Smoke Gets in Your Eyes: And Other Lessons from the Crematory". It's pretty good.

I got a lot done today. On the days Malida works it is hit and miss. Some days I get a lot done, some days I sit and do not much of anything, in the blissful quiet.

I had to get up fairly early because our once-a-month housekeeper was due at 8:30, and I needed to get stuff put away so she could clean. She's the one we saw in the park the other day. I went out to see what she was driving. It's the same care she had the other day, but turns out it is a Nissan and not a Lexus. She's been cleaning for me on and off for close to 16 years. My first wife hired her. She does a great job. She was telling me about wanting to take some English classes, and asking about Malida's experience. Her spoken English is actually pretty good, but she has some difficulty with written English. I encouraged her to check it out.

After she got started I went to the hardware store to get a new sun shade for the patio, and then to Costco to get a roast to grill tomorrow. I was fortunate to get into Costco before it was crowded. I hate it when every aisle is jammed with people gathered around the sample tables. I found a nice roast and came home and got it ready for tomorrow.

I read some thing about a couple of FBI agents visiting some woman to get information about a case, and she didn't believe that they were FBI agents and wouldn't talk to them. It reminded me of a time when I was in the military, but living off base in Idaho. I was at home, sitting in the living room rolling a joint and there was a knock at the door. It was two FBI agents who wanted to talk to me about something that had happened a couple of months ago, not related to anything military. They asked if they could come in, and I didn't know how to say no, so the came in and sat down next to the table where my marijuana was scattered around.

I'm sure they saw it (you couldn't miss it), but they never once mentioned it. I appreciated that. We spoke for a while and then they left. Te story about why they came is interesting, but I will save it for another day.

I went to the regular grocery store in the late afternoon to get the rest of the stuff I needed for dinner tomorrow. I had planned to go through the self check-out because I didn't feel like talking to anyone. Sometimes I get like that. As chance would have it, I spotted an old friend across the produce department and went over to say hello. I worked with her for about 20 years in the ICU. She retired about 8 years ago, and I have only seen her a couple of times since then. She was always one of my favorite people. So in spite of not wanting to talk to anyone, we talked for about a half hour.

She lives in the rural area south of where I live. We talked about the little post office in her town, which is the one I like, with the rose garden next to it. I told her I liked the rooster that lived in the rose garden. She mentioned that something attacked the rooster, and it got pretty badly hurt. Being a lover of all things animal, she rescued him, took him to the vet, and now he lives in her house. Actually inside the house. She said he is pretty old and doesn't like being out in the heat. So now it's her, her partner, the rooster, and 16 cats. 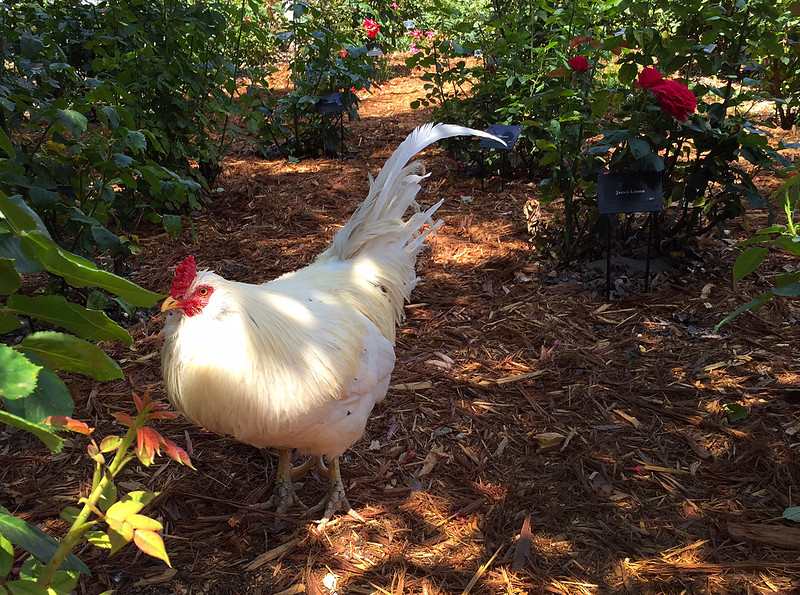 After I got home from the store, I said hi to the guy across the street, and he walked over to see my back yard. We ended up talking for more than an hour. I like him a lot. He is a great neighbor.

I guess that's what happens when I decide I don't want to talk to anyone.

--We were in a restaurant having breakfast with a friend a few weeks ago and there was some background music playing. Eventually a Hall & Oates song came on, and I found myself signing along to it. I happened to glance up and noticed that pretty much everyone else in the restaurant--servers, customers, the cook--were all singing along to it too. I thought that was pretty cool.