Our original plan was to go up to the Japanese Gardens, and then head out to a river town. Malida saw a picture in a magazine of wildflowers on the slopes of Mt. hood, though, and said "I want go there". So we did.

Mt. Hood, or Government Town, which is the town below Mt. Hood, is a little more than an hour out of Portland. It's a nice drive, and most of it is not on a freeway, but on a gently winding road through some small towns.

We stopped for coffee at a little place outside the town of Boring. It was pretty exciting. The coffee was good.

We got to Mt. Hood at about 11 am, and hiked around for a while. The most surprising thing is that people were skiing on the slopes, on the last day of July. I talked to a guy in the gift shop, and he told me that on a good year, they can ski from November until late August or early September. It is the longest ski season in North America. "That's why I'm here," he added.

It was just like the picture Malida had seen There were all sorts of wildflowers everywhere. More than I had seen in years and years. Malida was ecstatic--she has always wanted to see lots of wildflowers. There were a number of plein air painters working under the shade of a tree.

We had a delicious lunch in the Timberline Lodge, and lingered there over a cup of coffee. Out the window we could see Mt Jefferson, which is another volcano in the Cascade range.

After we ate we headed down the hill. Malida saw a nice creek, so we stopped to take a look. 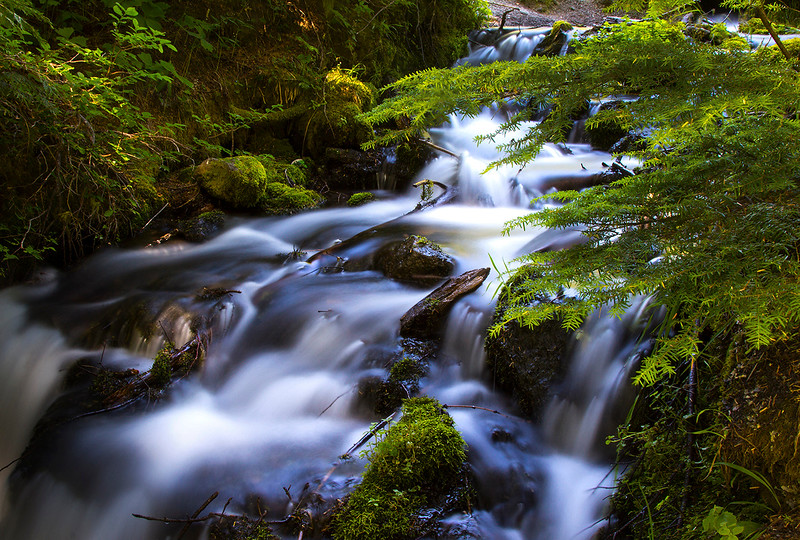 Still Creek in the afternoon. It was a lovely spot. I had brought along my neutral density filters and hoped to use them, and this was the spot.

Our last spot was a lake down below with a nice view of the mountain. We got pictures, but I'll save them for a day I have nothing.

After we got back, we rested for a while, then went downstairs to the patio/restaurant to meet our friends for dinner. It was great to see them, and dinner lasted about 5 1/2 hours--we closed the place down.

Today we head to Astoria, just ahead of the big heat wave that is descending here.

This motel has a nice view, but crappy internet.

After we checked out of our Portland hotel, we headed up tot the Japanese gardens. It was a warm morning, and Portland is about to get hit with a heat wave. The gardens were lovely. After that we had lunch in a nice Thai place where we could sit outdoors.

After lunch we headed to Astoria, the next stop on our trip. We got here in the mid afternoon and sat outside for a while. The motel sits on a hill, and has a spectacular view of the Columbia River.

In the evening, we headed out to Fort Stevens State Park to watch the sunset. The beach is home to the shipwreck Peter Iredale. Peter Iredale, the ship builder, was a distant relative of mine. 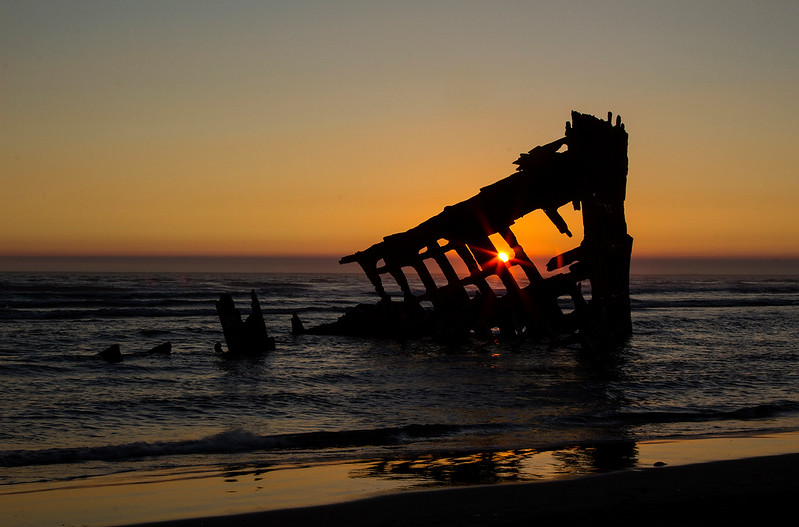 You can't tell from the picture, but there were all sorts of people out on the beach enjoying the evening.

Tomorrow we head down the coast.
Collapse