In our post-conference one of my students mentioned that she took care of a patient with an interesting syndrome--Takotsubo Syndrome. It is a condition brought on by stress, which looks like a heart attack, but isn't. The left ventricle balloons out, and the heart resembles a Japanese octopus trap.

It is also known as broken heart syndrome. It is almost always seen in women, and can occur as the result of a severe stress event, such as the loss of a husband. As soon as my student mentioned it, I recalled reading about it about 12 years ago. I got to talk with the patient a bit and asked what had happened before she was admitted. She recounted that she was shopping, and that was about it.

Today was Mercy Day, which recalls the founding of the Sisters of Mercy, who also founded the hospital I have my students at. They had a nice breakfast buffet set up in the outdoor patio and everyone came out to get something to eat. I ran across someone I had never met, but had sent a bunch of emails to. I introduced myself and told her I was the nursing instructor. To myself I said, "I sent you a whole bunch of emails that you never responded to." In spite of never responding, she was very complimentary toward my students and told me how much they enjoyed having them in her department. Ok then.

I received a Hello Kitty wearing a Boise State t-shirt from one of the people in my doctoral program. She asked how my project was going. I guess I have to tell her. 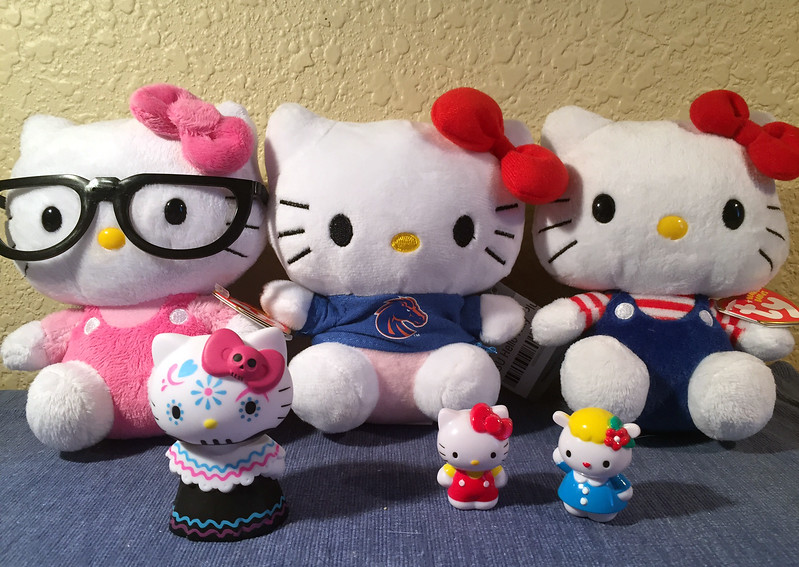 The Hello Kitty gang with their newest member.

This evening my Second Life friends and I had a rockabilly party. One of the newer people to stumble into our little group asked us to play some rockabilly songs, so we all dressed up and someone put together an awesome rockabilly set. We had such a good time that we decided to take a picture. One of our group is a SL photographer, so spent some time getting us all in order. I took this picture while she was still setting up. Hers is better, but mine isn't bad.

I'm the tall guy in the middle. I have been fooling around with my avatar lately, and not sure how he ended up so tall. He looks nothing like me in RL.

I've been having out with most of these people for about 5 years now. I was going to say something about how interesting it is that you can make friends with people you have never met in RL, but I don't need to do that here. You know.
Collapse