A relaxing morning drinking coffee with the windows open and good music playing on the satellite radio. My favorite kind of Sunday.

Our plan for the day was to go to the Giant Pumpkin Festival at the big park near our house. It is the biggest event of the year, even bigger than the Western Festival in May. The park has about 4 big events a year, but this one is my favorite.

We walked over at about 11 am, and wandered around looking at the booths and stuff. At noon they had the pumpkin regatta, which is a sort of boat race, but with hollowed out giant pumpkins. Participants race from one end of the pond to the other, then back again.

One guy sunk, but the other two were neck and neck to the finish line. The guy in the dark pumpkin won.

I have a weakness for drum bands. It's the beat. Back in the 70s I partied with the Madison Scouts, a drum and bugle band at some venue in San Jose. Forever etched in my memory, apparently. 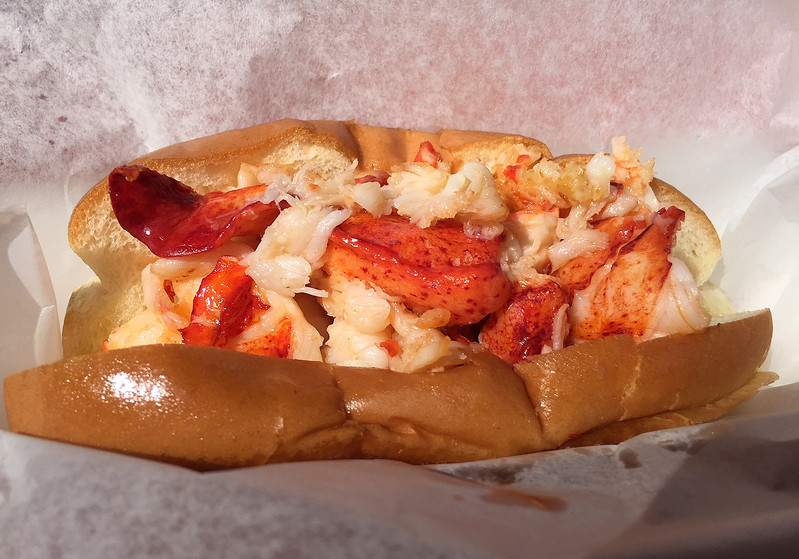 One delightful surprise was that the lobster truck was there, serving lobster goodness. I have been thinking about lobster rolls all week, and finally my lobster longing was satisfied. Not really--I need more!

Finally, the giant pumpkin. This guy drove nonstop from Wisconsin to enter his pumpkin in the festival competition, and won at a record-breaking 2095 pounds. There is another big pumpkin festival in Half Moon Bay next week, so I am sure he will stick around.

I love this town.
Collapse