...after a long hiatus! Lots of good stuff to choose from. 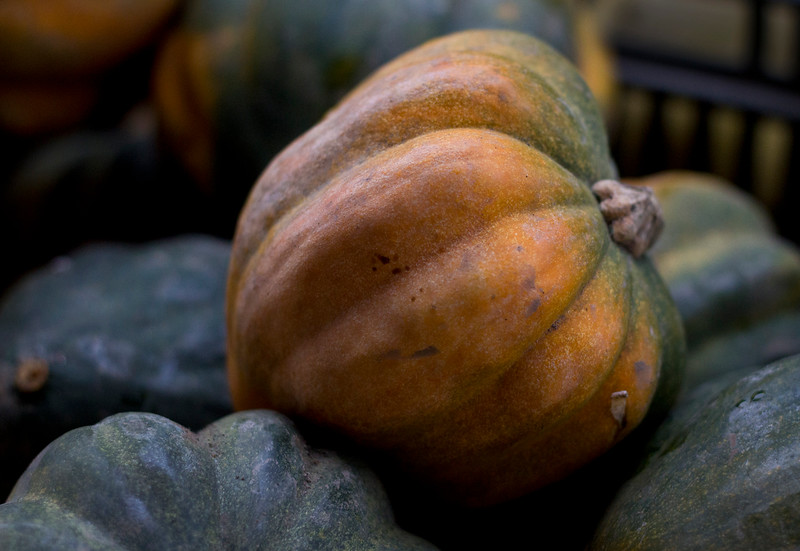 Root vegetables were out in force. I bought a bunch of carrots and a couple of good looking turnips, as well as some yellow beets.

This guy had a really nice table setup (that didn't turn out well as a photograph). I complimented him on the display and he went into detail about how he set it up, using different colored table coverings, etc. He was really proud of it, and delighted that I had noticed. 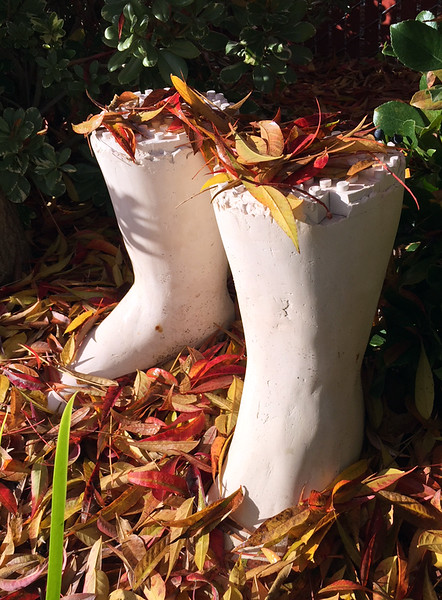 I felt so relaxed after my 5 days off, until I got into work and realized all the stuff I have to do this week and next to prepare for the end of the semester. Never one to procrastinate, I sat right down and made a list of stuff I need to accomplish, and then kind of just sat there for a while. I have plenty of time this week to get it all done, so no big deal.

I called the place where I bought my camera and complained about the price drop after I purchased. I spoke to Nigel, who said, "oh my!", and immediately took a look. He noticed something I didn't. The price of one of the other lenses I bought had also gone down, and so I got back twice as much as I was calling about. Way to go B&H Camera!

I went over to the hospital at mid-morning to have final meetings with two students and their preceptors. All was well. Only 4 students left to finish. I wanted to do some errands down that way before heading back to campus, but ran out of time.

I had to be back for a demonstration of the new patient simulators we are thinking about buying. The Laerdahl company brought their new prototype in--Nursing Anne. She is the descendant of the original Resusci-Anne, upon whom I first learned how to do CPR, and retains some of her distinct facial features. The face of the original Resusci-Anne was based on the death mask of a young woman who drowned in the Seine River in the 1800s.

Patient simulators have come a long way. This one is free-standing, wireless, and can do all sorts of things. She breathes, blinks, can talk, has pulses, and has breath and heart sounds. and can sit up on her own. I've worked with simulators that can do more, but she seems way more realistic than any of the previous ones. Her skin is so soft! 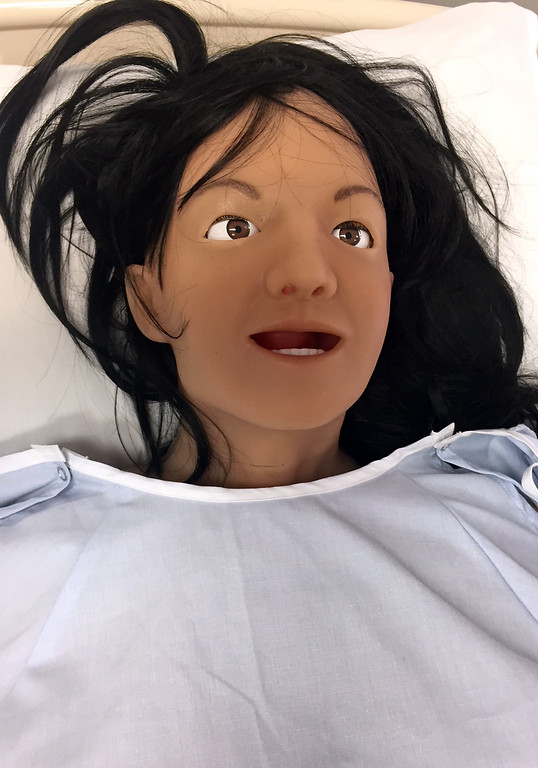 I love the messed-up hair, which is what most patients in real life look like.

One other cool thing is that the person controlling her does so with a small handheld tablet rather than having to be at a computer terminal. All touch screen visual controls, and super-easy to operate. I Played around with it for a while and it is so much easier than what I was used to. We were all in agreement that we wanted one.

My awesome boss said, "Lets get 4 of them!"
Collapse