It was kind of cold this morning--in the 40s when I walked out to go to work. I thought about wearing a jacket, but it didn't seem worth the effort to go back in and get one. I will put one in the back of my car, and then I can use it if the need arises.

I belong to a Facebook group for the Instant Pot electric pressure cooker. It's usually pretty crazy, but now a million people have bought one for black Friday, and the odd questions are pouring in. One of my favorites was from someone who was going to use it for the first time to cook a roast. Or steam a roast, I guess. She was confused by the recipe at a couple of points. The first was when the recipe called for searing the roast well on all sides. She wondered if this meant pouring oil over it before steaming. The second point of confusion was "deglazing". She wondered if this meant pouring water over the roast after cooking it.

Fortunately some helpful people jumped in and explained deglazing and searing, and even posted a helpful link to a cooking terminology page. She managed to make it work, and posted a picture of the finished product that looked pretty appetizing. She wondered though, "does it look--safe?"

I took my camera to work with me and wandered around taking some pictures to try it out. It is comfortable to shoot with, but I have to figure out the focusing better, especially for moving subjects. 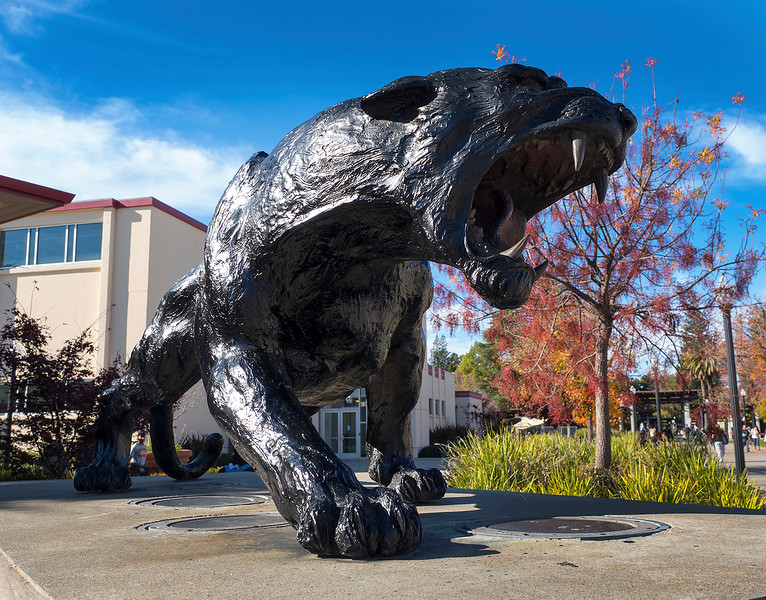 The school mascot. I first photographed him about 12 years ago when I was a photography student. The public information office eventually used that photo for the cover of the college catalog an all sorts of other things.
Collapse