Here is another photograph from yesterday:

There is usually a musician at the entrance to the farmers market most Sundays. Sometimes there is a guitar player, recently there was a piper with his bagpipes. Yesterday it was a guy with a standing bass. When I walked past, he was talking to someone and wasn't playing, but when I was leaving, he started playing. I stopped and listened for a moment. It was some sort of blues thing, and he was singing along with it. I closed my eyes and took it in.

When he finished, I gave him a tip and started to walk off. Then I heard the first notes of St. James Infirmary, which is one of my favorites. I sat on the concrete ledge near where he was playing and listened. People walked past, carrying their bags of produce. I sang along softly, to myself. It was one of those rare perfect moments, where everything seems right.

I asked if I could photograph him, and he agreed. He asked if I was going to be there next week, and if so, could I make him a print of one of the pictures. I will.

I woke up early this morning with the idea of going to see the sunrise somewhere. I wasn't sure where, and ended up along the Sacramento river across from Sacramento. The sunrise itself was unremarkable, and not really anything to photograph, but there was a heron standing on a branch in the river, so I photographed that instead. 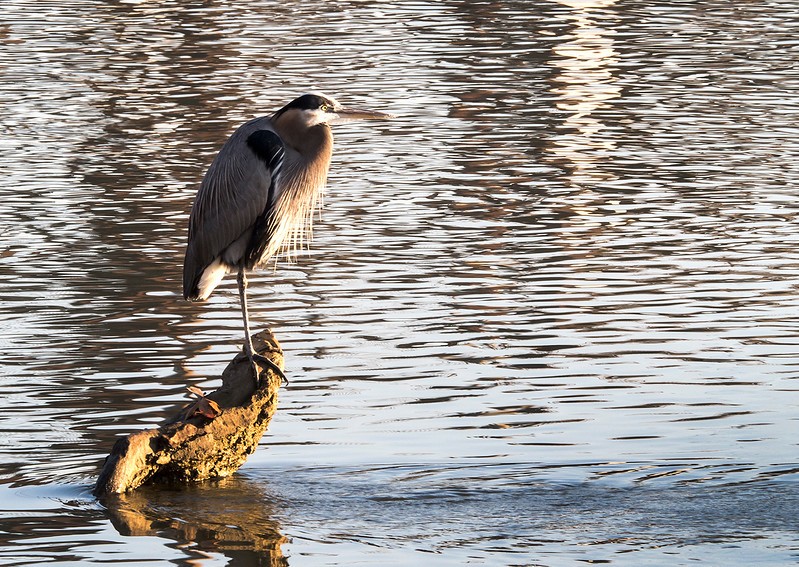 After watching the sunrise, I headed over to the campus to meet with the foundation director about ways to raise donor money for the nursing program. As the incoming president for the alumni association, this is now my role. I'm no good at it, but I do have some ideas. "Let's call Bill Gates," I suggest helpfully.

I came home and made myself a nice breakfast, and then took a nap. I woke up and took a walk in the park, then came home and cleaned off the right side of my desk and processed the pile of paperwork that had accumulated there. I consider it a somewhat productive vacation day.
Collapse