Up at 5 am, well rested, and ready to go. I felt pretty good. I got to the hospital a little after 6 and wandered around making sure my students were there and ready to go, which they were.

I felt good for pretty much the entire day, other than the occasional cough. I wore a mask whenever I went into a patient's room. I sat outside in the sun for a while. I had a nice salad for lunch.

While I was watching one of my students give an IV push medication over an unusually long time, I talked with the patient's wife. She was telling me the story of her father, who was from New York, and went to Italy to go to medical school. While there, he met the woman who became his wife, and they moved back to the US and he became an oncologist. As she told it, I realized I knew this story. I asked her who her father was. I knew him. I said, "And your mom cooks?"

Yes. Her mom is the owner of the best restaurants in the area--authentic Italian. Arlina and I used to go there for our anniversary dinners, years ago. Small world. 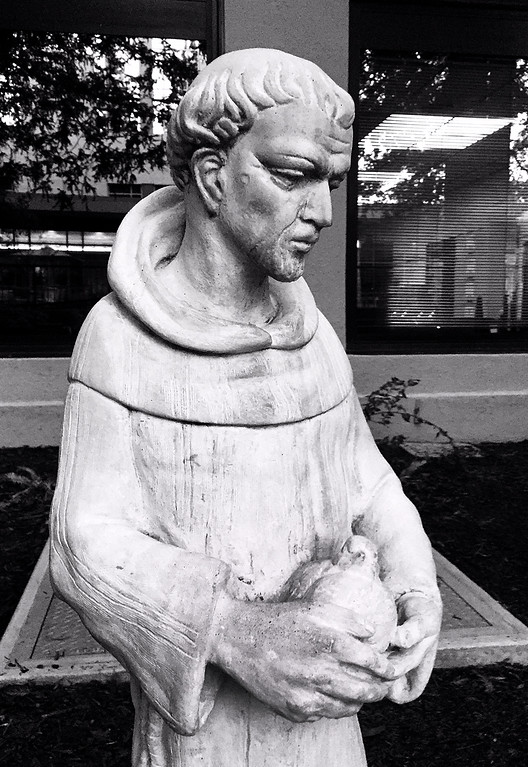 Francis of the healing garden.

As I understand it, the black & white photo challenge is simply to post a black and white photo every day (or once a week) in February. It can be a new picture, or something you have laying around. The important thing is that it be fun for you. Creative things like selective coloring are fine. If you like to tag entries, you can use #blackandwhitefebruary2018.

I got home at about 4 and climbed into my chair for a nap. Shortly thereafter Malida arrived home and dragged me out of the chair to go take some sunset pictures so she could practice the rule of thirds. She seems pretty excited about the photo class, so I said sure.

We drove down to the nature preserve, which is always a good place to catch the sunset. It was a lovely afternoon, and a great sunset. 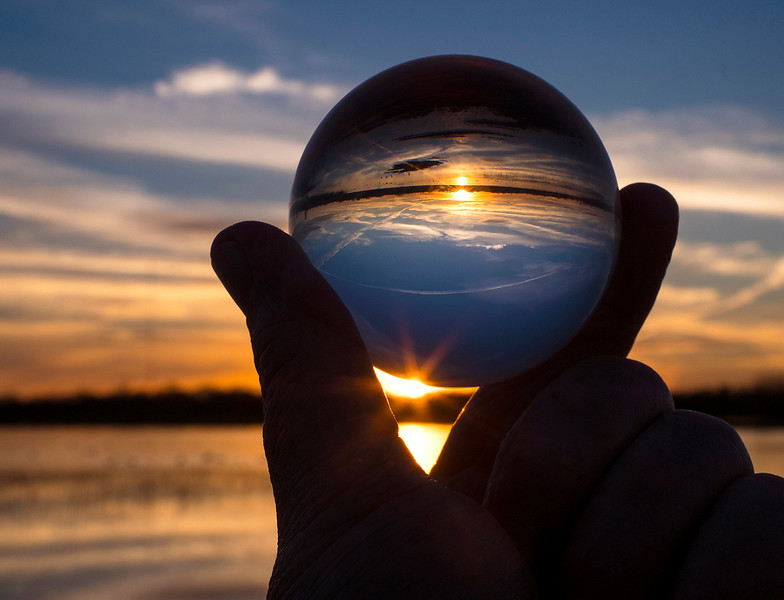 Ok, last of the lens ball shots for a while. It's now back in the bottom of my camera bag, where it belongs.
Collapse