Yesterday was kind of the same as Friday, except I didn't go to work. I walked a couple of times--in the morning along the creek, and in the afternoon at the duck pond. It rained during the times I wasn't walking. 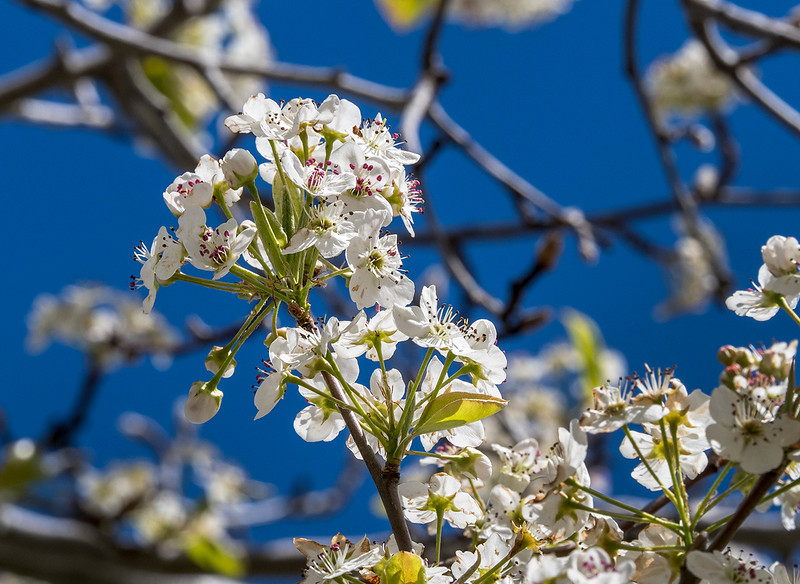 Every day looks more and more like spring, which means fall is just on the other side of summer break. I like to plan ahead. Being a teacher has tarnished fall for me a bit. I used to love to take my vacation during the first couple of weeks of October, when the weather was usually perfect, and all the kids were back in school. It was as if we had the world to ourselves. Having the entire summer off though, is adequate consolation. 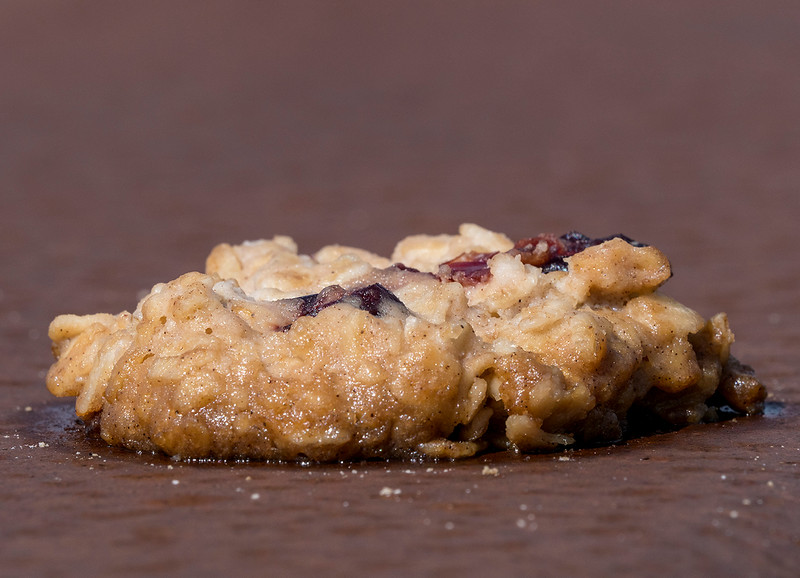 A cookie sitting on the bridge over the creek. Seems incomprehensibly symbolic.

I watched a few more episodes of The Crown last night and dreamed again about being Queen Elizabeth. The dream had to do with having to learn to use some sort of computer-controlled household management system. It was complex, and we (the royal we) complained that it needed to be simplified. We were concerned we might accidentally push the wrong button. And we only need one screen. We are not amused. 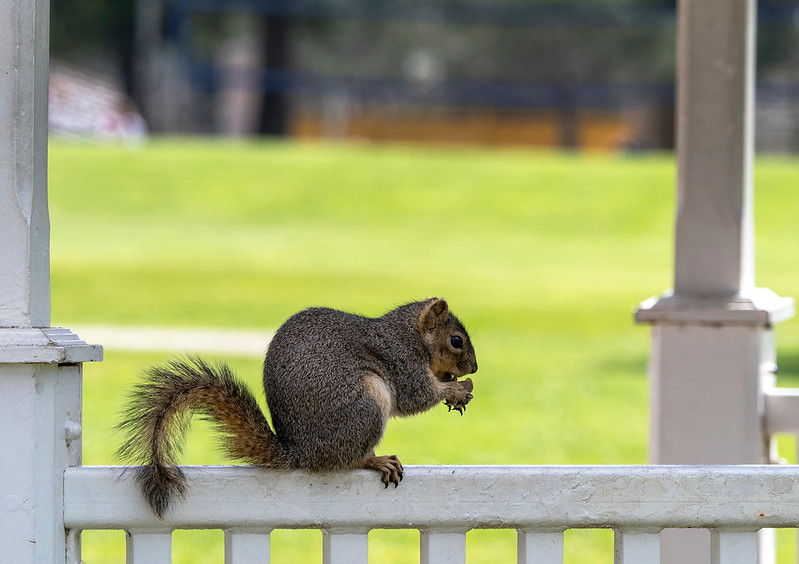 A squirrel eating something in park gazebo. The gazebo is where I duck out of the rain. As I watched the squirrel, I thought to myself, "We are amused".
Collapse