I went to a hiring committee meeting yesterday. We are hiring two new faculty. One is to replace a position that has been open for a while, and the other is to replace someone who just announced their retirement at the faculty meeting, and took everyone by surprise. The hiring process for the college is fascinating. They go out of their way to ensure a fair and equitable hiring process. We even have a member of the hiring committee whose sole job is to ensure that we are being fair.

We voted to adopt the new textbook that I like, so I was happy about that. The person who was advocating for the other textbook kind of gave up when the rep stopped returning her calls. I won't get to see that new textbook for two years, but it's something to look forward to.

We also learned that it will likely be at least four years before we can move into our new building. I consider that an optimistic estimate. We moved out almost a year ago, and they haven't even started taking down the old building yet. I joked that I would probably be retired before the new building is finished, but I am half-convinced that I actually will be retired.

After the meeting I took a walk to the other side of campus to see the old building. The lights are still on inside, and every brick is still in place. My office used to be behind that tree in the middle of the picture. I don't miss it much, though I do miss my classroom. It had a nice desk.

I went over to the hospital in the afternoon to set up another preceptorship with one of my students. I have all but one set up now, and I will do the last one tomorrow. I can't recall ever being so ahead of the game with preceptorships before. Something's bound to fall apart. 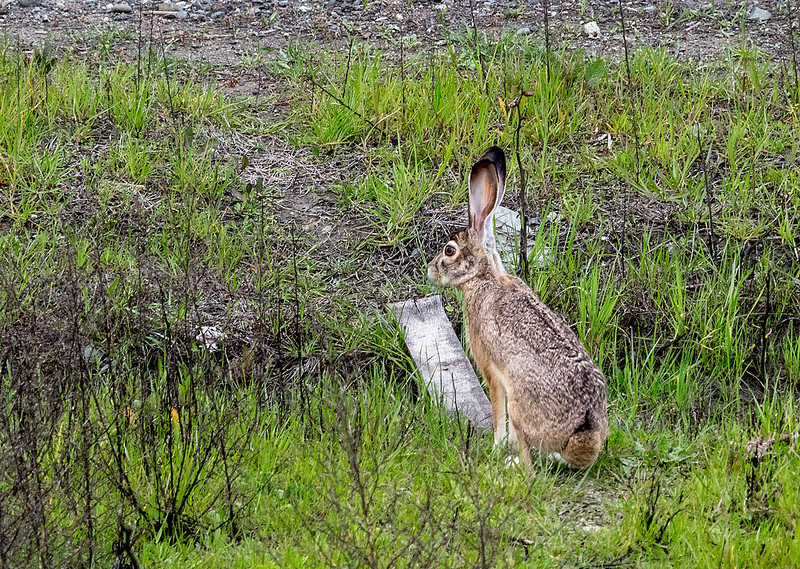 A jackrabbit from Sunday's excursion. I also saw a coyote, but he was too fast for me to get anything but a blur running through the grass.
Collapse