I'm up at a place called Fish Camp, which is kind of the southern end of Yosemite. It's not the area of Yosemite you think of when I say "Yosemite", but it is a nice spot. We are about an hour south of Yosemite Valley, which is what you think of when I say "Yosemite". I'll be here until Friday for a nursing program conference. It's the first nursing program conference I have attended since becoming an academic type, so I am looking forward to seeing what it is about. There are four of us here--my awesome boss and two teachers from the other semesters.

I was planning to come up way early yesterday and wander around before the start of the conference, but one of my colleagues suggested we could drive together, and she had to teach until 10, so we left at 10:30. That worked out great, as it gave me some free time in the morning. I am still kind of tired from my trip to Point Reyes, and it was good to sleep in until 6:30.

My driving colleague and I spent pretty much the entire drive talking about all sorts of stuff. We have both had interesting and varied lives. She drove part of the way, which gave me the chance to enjoy the scenery. We arrived about 3:30. Our awesome boss was sitting in the lobby of the resort with her husband, so we all talked for a while, then took our stuff up to our rooms.

We went out walking before we all met up for dinner. There was a big fire up this way a year or two ago, and we were surprised to see that the fire came right up to the grounds of the hotel. 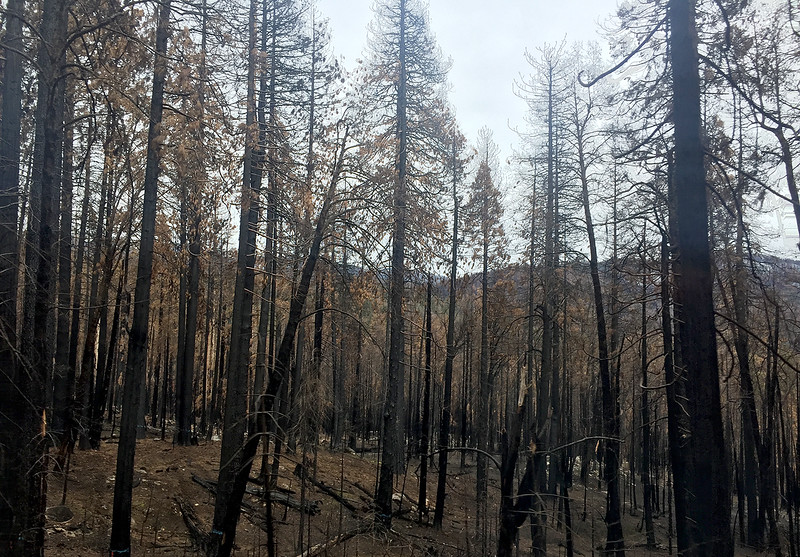 There were a lot of burned trees going all the way up the mountain to the south of us. There were also quite a few dead trees that weren't burned, which is something that I have seen all over the Sierras, due to both the drought and some sort of pestilence that has affected them.

My driving colleague is knowledgeable about California native plants, and pointed out all sorts of things I would have never noticed. Once I figure out the birds, I can move on to the plants. Always something new to learn and experience. 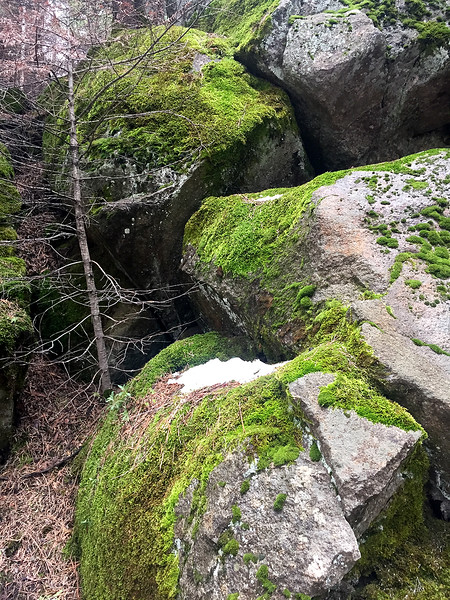 After our walk we all met up and had dinner in the restaurant. There was an option to attend a buffet dinner for the conference, but it cost around $60 per person, which was way too much, and well in excess of our community college-level meal allowances. I had a big salad in the restaurant, which was delicious.

I went back to my room and read for a while. I finished the spider book last week, and have now started on The Last Picture Show by Larry McMurtry, which I have never read. I conked out at about 8:30 and got a good night's sleep.

The conference starts at 7 with the vendor booths, and the classes start at 8. We will be in all day today and a half day tomorrow. On our way home, we will probably drive north through Yosemite Valley, since we are in the neighborhood.
Collapse