The class at rehearsal for their pinning ceremony yesterday. The students in the front row are my group. During the ceremony, the student speaker spoke of the diversity of this class, and it's true--it is a very diverse class. In my group alone, the students represent seven countries, where either they were immigrants or their parents were. For some of them, their parents had little or no formal education, but brought their children here for the opportunity that finally bore fruit today.

In my mind, this is the narrative we need about immigration.

I was Master of Ceremonies for the program. I enjoy doing that. Most of it is introducing the speakers and presenters. We gave out quite a few student awards for both academic excellence and for leadership in nursing. It was really something to hear the bios of some of the students--the hardships they encountered and overcame to get to this point. Quite a group.

We had quite a few former students return for the ceremony to cheer on their new colleagues, as well as some of the preceptors. It was good to see them come out and support the class.

A few short years ago, the former director told us we had to cut the pinning down to the bare minimum, and even suggested we do away with it altogether. The resulting ceremonies were lifeless. Under our current director, we are given the freedom to make it something special, and it is again.

After the ceremony, one of my now former students asked me what I was going to do now. I told her, "Cut the soles off my shoes, sit in a tree and learn to play the flute!" "Cool,' she responded, giving me the side-eye. Bonus points if you know where my response comes from.

I have been up since 4 am, right after Malida left for work. I will get ready in a minute and go in to do my filing and meet with the dean about some stuff. This evening is the college commencement. I dug my regalia out of the closet and dusted it off a bit. Should be a great evening. 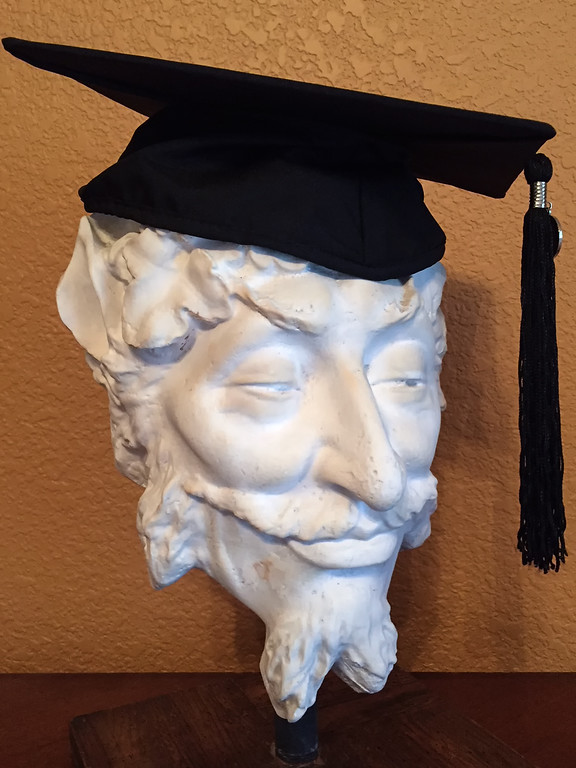