I went to the commencement for the college on Wednesday evening. We are required to attend every other year, but I like going. I like hearing the student speeches and reading what they put on top of their caps.

We joked that we also like to dress up, and one of my colleagues said it was like going to the prom. One of my other colleagues apparently didn't like the prom. She drifted to the back of the line as we were waiting to process in, and quietly disappeared. The rest of us had a good time. I hardly knew these guys when I first attended a few years ago, but now we are buddies.

It had rained and thundered in the morning, but the college sent out an email that said "rain or shine!" so we hoped for the best. The sun came out in the afternoon and dried everything out, and by the time the ceremony started at 6:30, it was a beautiful evening. 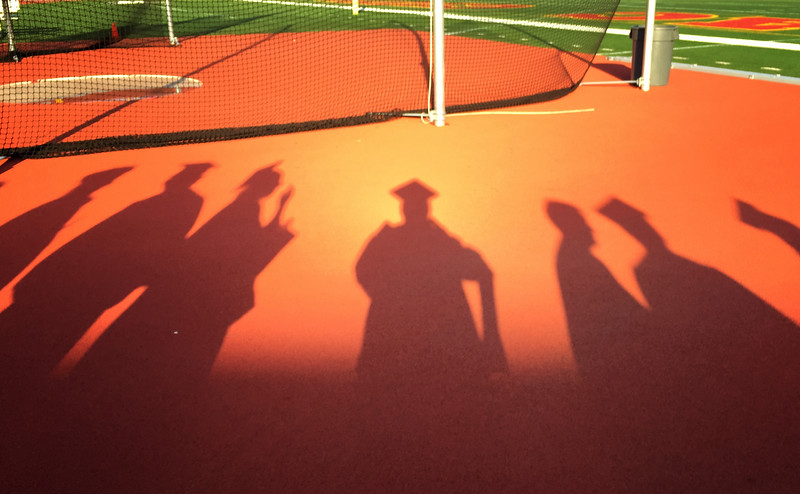 I ended up sitting next to the dean, who I had already spent an hour with in the morning. We had a long meandering conversation about all sorts of things. We have a lot in common. We both lost wives to cancer, and both got remarried. We talked about how our second marriages were different than our first, in ways that are hard to define. We are both alumni of the college, and we both share a commitment to it.

Yesterday I went in for a while and processed the big pile of papers on my desk that builds up over the course of the semester. I could probably develop some sort of filing system where I would put things in their place as I get them, but the "big pile" method has worked for me as far back as I can remember.

I got an interoffice envelope in my box with a certificate that informed me (officially I guess, since it was printed on official certificate paper), that I was now tenured. I still don't really know what it means, other than I don't have to have a tenure evaluation every semester, and it is harder to fire me. Anyway, good for me!

Yesterday afternoon Malida and I went out to watch the Amgen bicycle race. We picked a spot about 10k from the finish line, out on the country roads south of here, where they made a turn. We wanted to get some pictures. We got there way early and waited. A handful of other people showed up and we all talked for a while. A Highway Patrol guy came and blocked off the road. I asked him if he knew my CHP friend who is my neighbor, and he told me they had just had lunch together. Small world.

Just before the riders showed up there was a flurry of traffic--a bunch of motorcycles, CHP guys, etc. There were 4 riders out front, and I got a shot of the guy in the lead, Tyler Putt. A few seconds later the rest of the riders went by, all bunched together. I had hoped they might be spaced out more, but they weren't, and the whole thing was over in about 2 minutes. Boom! 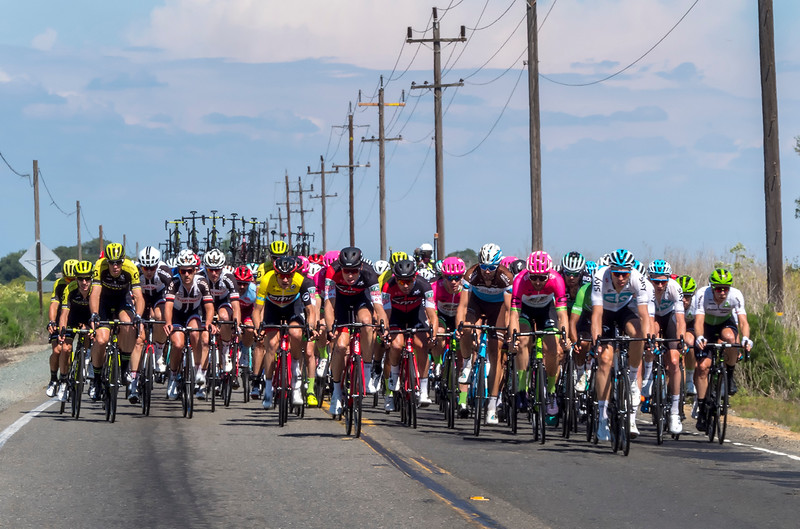