We didn't do much of anything yesterday except for go to the Thai version of Home Depot to get a new toilet seat, and look at doors. I'm still kind of thinking about this house business, while Malida is already picking out tiles for the bathroom. It will get real for me when I start sending the money over to have it built, I guess.

I enjoyed having a lazy day to do not much of anything, after a week of being out and about. We are going to Lao today, so it was nice to regroup. I finished the book I started last week, and have now started a new one--Briarley, by Aster Glenn Gray. It was someone here who wrote about it that gave me the idea to read it, but I don't remember who (though I have an idea, since it is right down their alley).

I didn't take any photographs yesterday, but I have a bunch of leftovers from the past week that I can use. 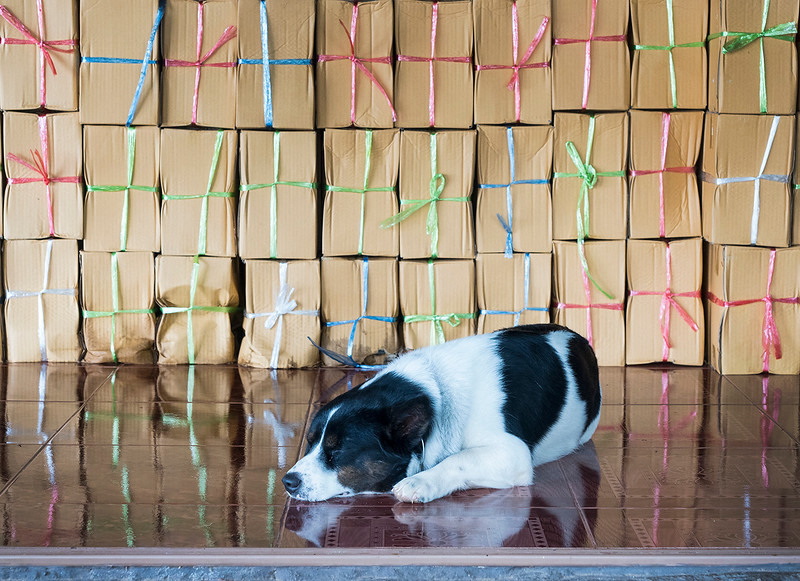 Dogs out at the rice farm. That cat has apparently never met another cat, and grew up with the dogs, so he thinks he's a dog too. It is funny to see the cat and the dogs wrestling around together. While we were eating, the cat caught the scent of our cats back home on us, and became very friendly with us. 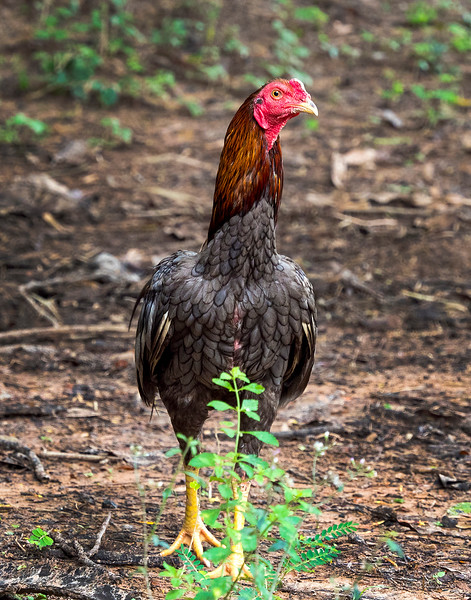 A rooster on the rice farm. There are roosters and chickens roaming all over the place. The chickens are scrawny and ugly, but the roosters are impressive. When I was here about 6 years ago, I brought one of my garden flamingos with me and set it up in the yard near the ugly chickens. It kind of freaked them out, but the ducks seemed to greet it as long-lost kin.

That flamingo sits in a little patch of dirt at the front of our house in the city, obscured by sandbags that they use if it floods. I would be bold enough to suggest that it is the only plastic lawn flamingo on this street. 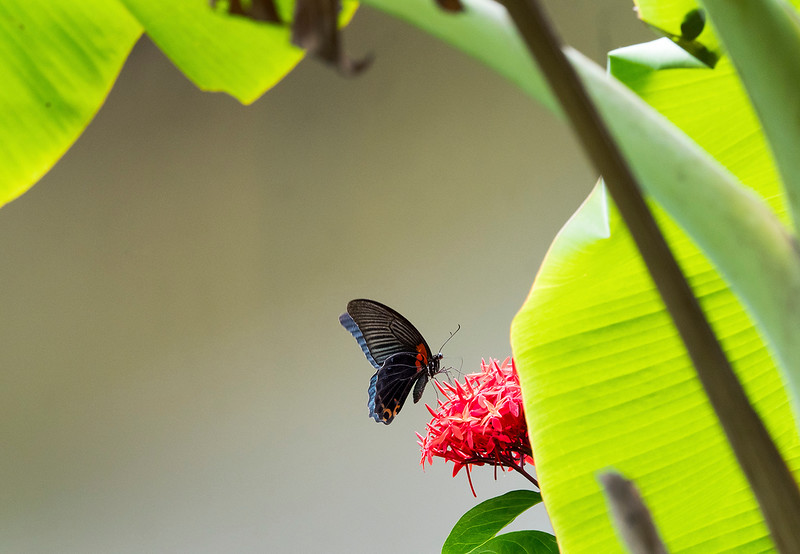 A butterfly I saw while walking near the village the other day. At first I thought it was a bird, as it had about a 4 inch wingspan. I had to follow it for a while before I could get a good shot.

Malida is out doing some stuff, and her mom just asked me, in Thai, if I wanted some grilled pork. I understood her. I now understand, hello, thank you, water, the number 12, and grilled pork. I think I have everything I need.
Collapse