I got up early yesterday and walked out along the river for a bit. It wasn't raining, yet, but threatening, as it has since I've been here. I thought back to the first time I came to Thailand, and stood out looking at the Mekong as the sun rose one morning way up north near the Burma border. At that time, the river was calm, as it was in the middle of the dry season. Over on the Lao side, farmers grew peanuts along the shore, in areas that are now likely under water. 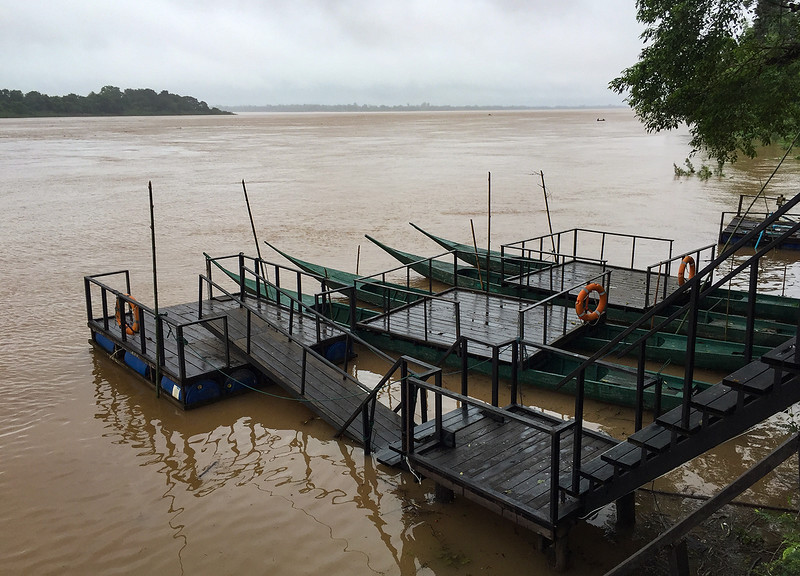 The hotel dock, where we arrived. This hotel is more of a resort than just a hotel. I took a look at the high season rates, and they are more than I have seen in any place in Laos thus far. It really is a nice spot, though, and the rooms were great. Most of the places we have stayed since we crossed over from Thailand have been in about the $30 range, and have been a good value for the price. Most of our meals (other than at this hotel) have been around $3-5 dollars per person, excluding Beer Lao.

The Lao currency is called the Kip. It is roughly 10,000 Kip to the US dollar, though the exchange rates vary by who is doing the exchanging. The Kip/Thai Baht conversion is a bit more complex, so we generally used dollars as our reference. I have a nifty little currency converter app on my phone that works great.

When we first arrived in Laos, we went to the ATM and took out a million Kip. It felt good to be a millionaire for the few minutes before we spent 180,000 Kip for our first lunch. Easy come, easy go. 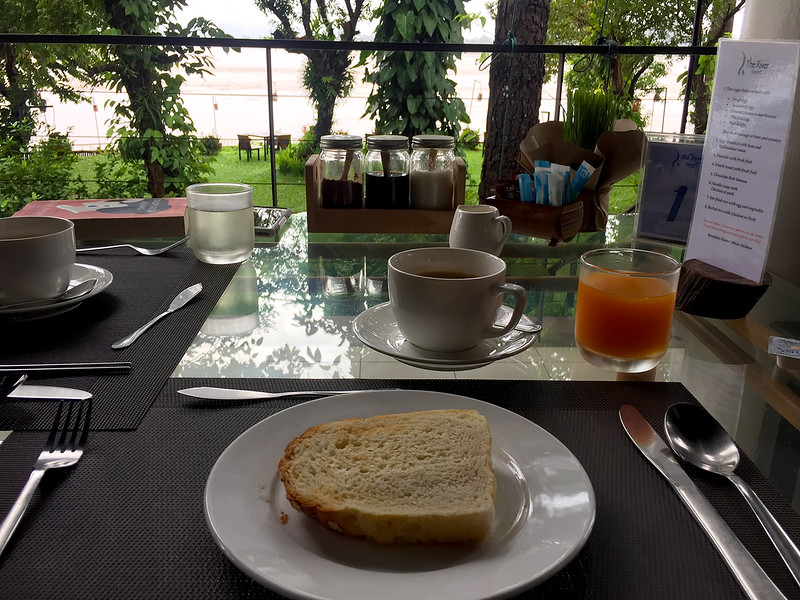 I had some breakfast while waiting for everyone else to show up. They had a decent breakfast with lots of fruits and homemade breads. You could order eggs as well, but I don't eat eggs, so I passed. Malida had some delicious noodle soup with chicken, and I helped her with that. 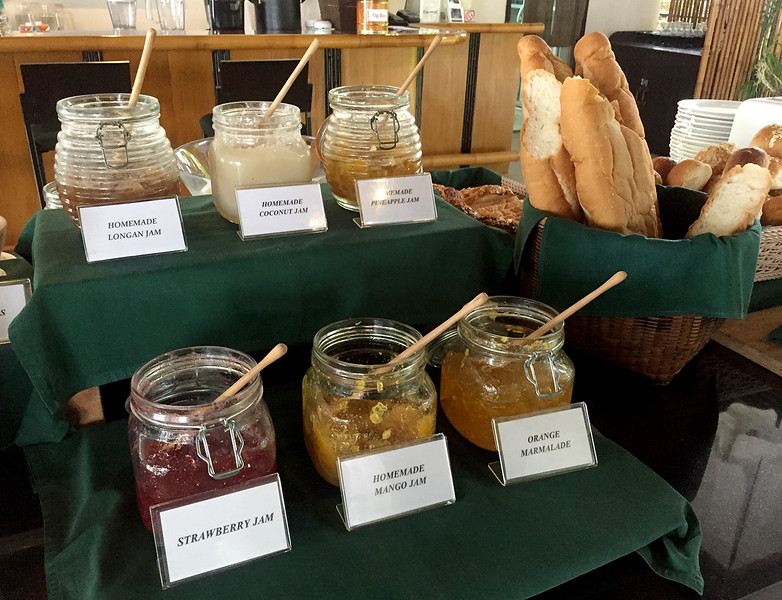 They had a nice selection of homemade jams and marmalades to go with the homemade bread seen above. I tried the pineapple and the mango. Both were good. Both had some ants that I had to scoop out of the way. Part of life here. 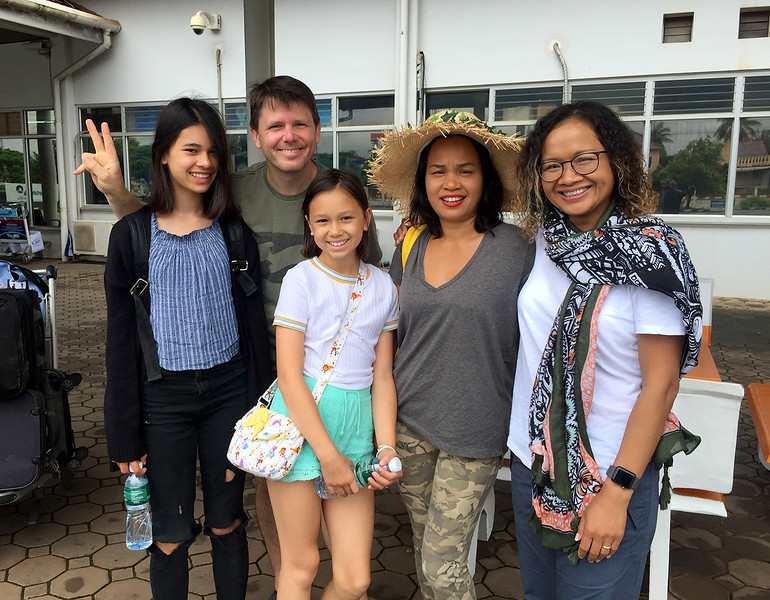 After breakfast we finished packing and got into the van to take Adi, Mack, and the kids to the airport for their flight to Cambodia, and then to the border for us. I kind of wished we were going with them--they are great traveling companions, and I will miss them.

Our border crossing was uneventful. Malida had to pay 100 Baht to get her passport back, and grumbled about it. I observed that I would much rather pay a small bribe and have an easy crossing than have to go through the US border crossing any day. She agreed. Hopefully ICE doesn't take it personally.

So we are back in Ubon, and will stick around until we leave for Bangkok on the 22nd. We went out to dinner with one of Malida's childhood friends last night. While they ate and talked, I watched the first Mission Impossible movie on the tv that was on in the restaurant.

There is an iconic scene in the film where Tom Cruise breaks into the CIA and lowers himself down from a vent in the ceiling to access a computer in a secure room, equipped with every conceivable security device--temperature sensors, motion sensors, floor sensors, etc. Everything except a simple video camera, which would have detected him immediately. That pretty much sms up every Tom Cruise movie I have ever watched. Dumb.

Malida is down the street getting a massage, and I am here writing this while I drink one of the four Beer Lao's that I smuggled across the border.
Collapse