This was taken on the bus to Pakse, Laos, just after we had met. We were sitting next to each other on the bus and I had Malida's friend take the picture with my camera. It is somewhat blurry, but it tells the story just fine. Just 363 days later I would be back in Thailand and we would be getting married.

Still going through all my old hard drives. I found this one in a document file with about 10 other pictures of the two of us. I had made prints of them and added them to the immigration application for Malida.

So far I have archived about a terabyte's worth of pictures from the years 2007-2017. There are still a lot more from that period on other drives I haven't looked at yet. This will be the first time I will have all my pictures, archived chronologically, one a single drive.

Everything prior to 2007 is stored on CDs and DVDs. I think they are in a box in the closet. Not sure what is there--it wasn't until 2007 that I really thought about keeping things in any kind of order. That was the year I went to Southeast Asia for the first time, and took thousands and thousands of pictures.

I went into work today and fooled around with a case study I'm working on for next week's online class. My boss and I met with a university rep who wants to create a concurrent enrollment collaborative for our students so they can finish their BS degrees sooner. They offered to fly us out to Phoenix for a few days to see their campus, so we will go in December. I'm always up for a free trip to somewhere. After the meeting my boss and I talked about life for a while. I left feeling good. I have an awesome boss.

In the afternoon we took Malida's iPhone and MacBook to the Apple Genius Bar for various repairs. I ran into an old friend who works there. She used to own the camera store where I bought all my film and photo paper and stuff like that, back in the day. Her store was a victim of the digitalization of photography. She's an amazing photographer.

I got a notice that someone de-friended me today. It was kind of surprising as we seemed to have friendly interactions. I think it was related to some sort of peripheral drama that didn't involve me, but created undercurrents. Or something.

Who knows, really. In social media, as in life, people come and go. Sometimes we get nice little notices informing us about it and sometimes we don't. 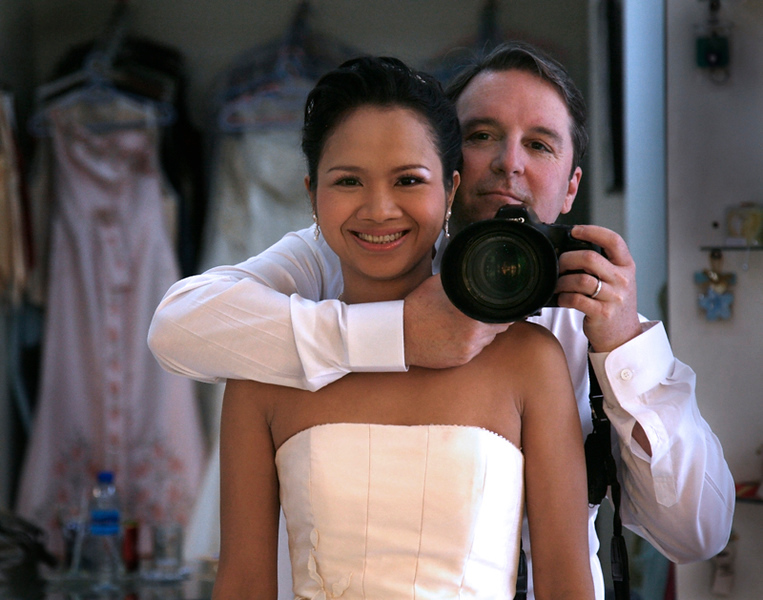 363 days later. This is one of my favorite pictures of the two of us, and it's the one that is thumbtacked above my desk where I can see it when I rest from my labors.
Collapse