Dawn breaks over the temporary classrooms. My little classroom is to the right. Someone from the safety office put out a memo last week advising against putting signs on doors, as people might stop to read them and then get whacked in the nose when someone opened the door while they were reading.

Apparently the memo had teeth, as someone came around yesterday and took all our "temporary" signage down (we have only been there 14 months, so don't have proper signs yet). As a result, there were flocks of poor first semester nursing students milling around like lost lambs, bleating plaintively, and looking for the door to their first nursing class. Most guessed, incorrectly, that the door the wanted was the one to my office. I made the controversial decision to print up some signs and tape them to the doors, whacked noses be damned. That nipped it in the bud, but I am now on the wrong side of the safety committee.

We only have 23 students in our class this semester, which is a nice break from the usual 30. We gave them orientation for an hour, then I took my new adjunct over to the hospital to show her around. I will miss being in clinical this semester, but not getting up at 5, though I have gotten up at 5 every day this week so far. Hmmmm. 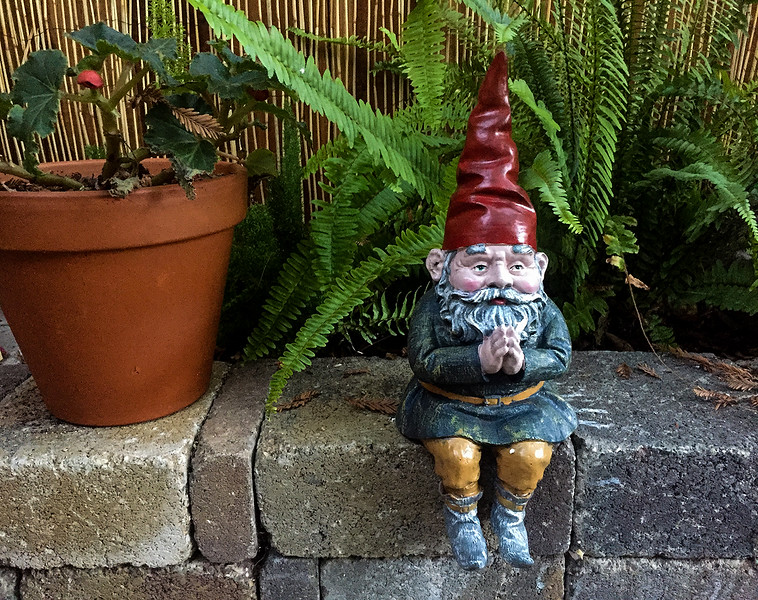 I got a package in the mail. It is a garden gnome I ordered from somewhere. I thought he would look good near the fountain, and he does--he looks right at home.

I haven't named him yet, but I'm thinking about it.
Collapse