I'm back up in the east side of the Sierras, since Wednesday. I left after class and drove over the Tioga Pass through Yosemite. I stopped in the late afternoon to watch the sun set at Olmstead Point, which looks west, from behind Half Dome. It's one of my favorite views. 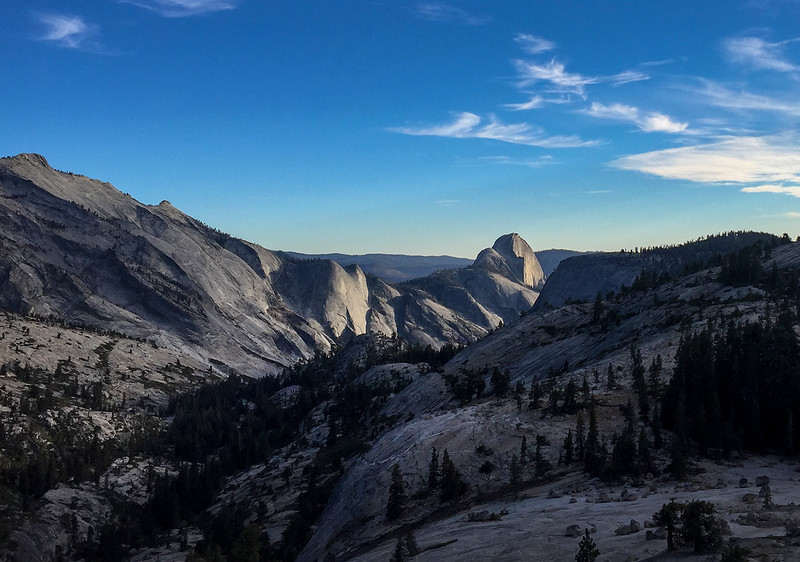 These are all iPhone shots, as I haven't really even looked at my camera stuff yet. We've been going pretty much non-stop from before sunrise until late at night. I just got back from photographing the stars over Mono Lake, with the tufas illuminated by the moon. There were about 8 of us out there, mostly all guys my age, all complaining of sore knees, and one delightful 25 year old woman who told us her knees feel fine. It was her first time doing night photography, and she was super excited by the whole thing.

Waiting for the sun to set. We thought these clouds were going to turn spectacular, but they ended up just getting gray. We turned in another direction though, and got some good shots, and ended up staying there until almost 9:30 to get the stars.

It's back up at 4:45 in the morning. By the time this is all over, I will be exhausted. In a good way, though.