I arrived home to a super busy week here in the salt mines. I had (mostly nonproductive) meetings all day yesterday. TodayI am teaching until 9 pm, though the first two hours is an exam, which the students are now taking as I pound these keys noisily. I was smart enough to not schedule anything until 10 tomorrow, so I am planning on sleeping in for a while and having coffee in my back yard before heading out to the hospital for a few hours.

My photo trip was a lot of fun. We spent the last evening out on the granite in the Yosemite high country, watching the sun set and waiting for the stars. The moon was pretty bright, and it kind of ruined the stars, but illuminated the granite, which was cool. I haven't done anything with all the pictures I took yet--I probably won't get to take a look until later in the week when things settle down.

On my way home, I stopped to take a short hike up to the May Lake High Sierra Camp. It's a nice little spot at the confluence of a number of high Sierra trails. During the summer months they have a camp where you can get a shower and a hot meal. It had just closed for the season last weekend.

When I was 17, I went on a backpacking trip up that way for a high school summer class. It was 12 of us and a teacher. We were out on the trail and saw a storm coming in, and decided to make for the May Lake camp. The storm arrived before we made the camp, and it started snowing fairly heavily (in July!).

We eventually found the camp, but it hadn't opened for the season yet. We were cold and wet, and ended up huddling in a wood shed overnight. One of my fellow students pulled two bottles of champagne out of his backpack and we got drunk, and someone else had some weed, so we got stoned. Our teacher, who had pretty much given up on us by this point, huddled in his own corner and pulled at his flask. IN the morning the rangers came up and brought us down to Tuolumne Meadows, where we stayed in tent cabins and frolicked for a day or so until our school bus came to retrieve us. 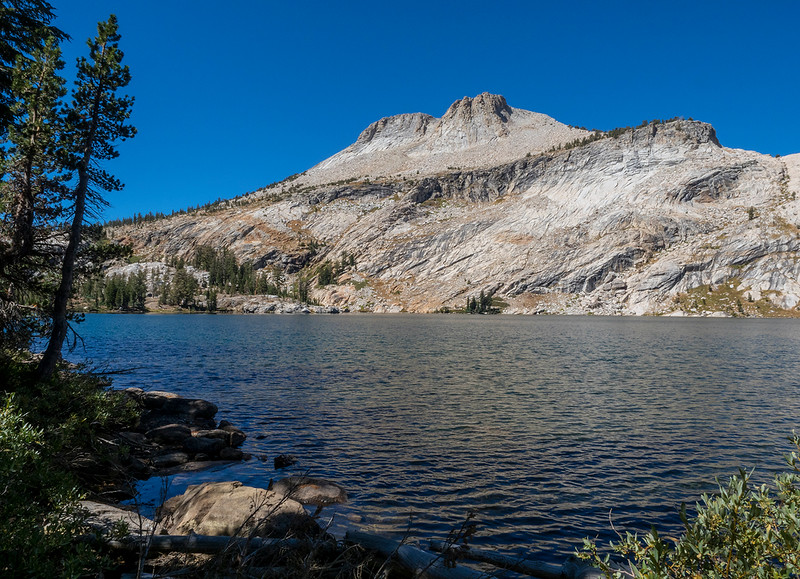 May Lake. I want to come back up this way later in the fall to see the aspens when they are golden.

The first student just finished their exam after 25 minutes, with a fairly high score. I think I made it too easy.
Collapse