I was thinking about sleeping in until about 6 this morning, but woke up at 4 again. I got up and had some coffee, read the news, then went in to work. It was kind of a long day, as I had to lecture this afternoon, but manageable. I got the stuff done that I needed to get done.

We had another phone conference this morning with the accreditation people, along with a bunch of other schools who are preparing for accreditation. It was kind of a general guide to how to get ready. We are on the right track.

As we were listening, my boss whispered that she had an email from them with the feedback to what I wrote up last week and submitted. The feedback was generally positive--mostly formatting suggestions, with a few areas where we can beef things up. I was relieved. We still have a lot of work ahead of us, but we are on the right track.

I had a big salad for lunch, which kept me vaguely uncomfortable all afternoon as I lectured. The topics were prostate and breast cancers--kind of a his and hers thing. The lecture was to the third semester cohort, who will be our class next semester. These lectures are always my "first look" at who we will be getting in January. One guy stood out for asking really good questions.

I asked them if they voted and almost everyone had. I then asked who didn't, and one girl raised her hand. I asked her why, and she said "too busy".

"Too busy," I repeated out loud, and thought about what to say to that, and had nothing. So I launched into the lecture. One of my first slides about breast cancer talks about health disparities, and how some populations with higher breast cancer rates have less access to care.

I talked a bit about how the ACA had increased access to care for many, and how it has been systematically dismantled over the past two years. I talked about how this election could influence that, one way or the other. I resisted the urge to repeat "Too busy". You never know what's going on in someone's life that influences their decisions.

In other news, I watched an interesting movie over the past two nights. It is called Se7en, a thriller based on the seven deadly sins. It starred Morgan Freeman and Brad Pitt. I really loved the cinematography and the music. Kind of a disturbing story, though. 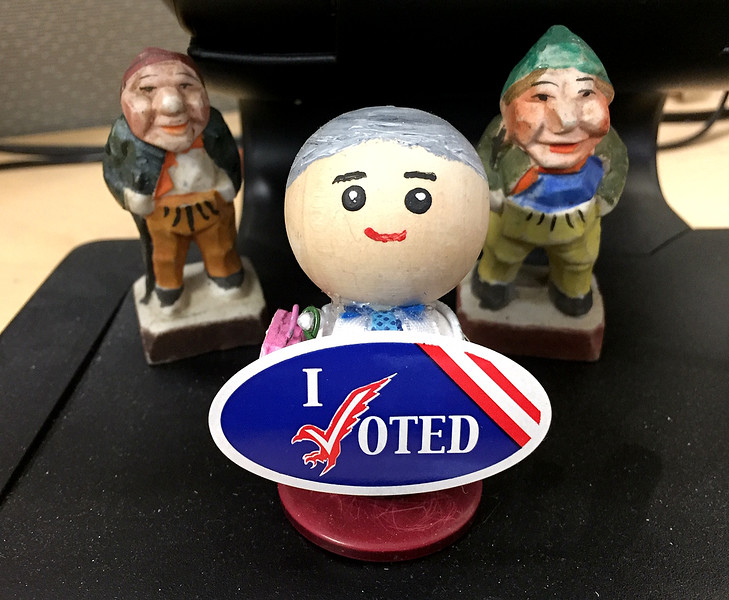