It's kind of difficult to believe that it is the last day of the year. It has kind of snuck up on me, and it doesn't feel like the end of the year. I am grateful that this past year brought no momentous changes or issues to our lives, and that things were generally good.

We put out a picture of Malida's father today, on the anniversary of his death. He died when she was only 8 years old. We called Thailand and wished everyone a happy new year, as it is close to tomorrow already.

Yesterday we headed down to the Bay Area to see my dad for lunch and do some hiking. We hiked at Redwood Regional Park, up in the Oakland hills. It's a beautiful park that I spent a lot of time in when I was younger.

There are still redwoods there, though not the old growth ones that could be seen from the ocean before they were cut down back in the 1800s. I sometimes like to imagine what the Bay Area looked like before the gold rush and all the changes it brought. As we were driving down, I told Malida a bit about the original Spanish land grants in the area that gave some of the places we passed through their names.

We had a fine lunch with my dad, at our usual spot. He is moving more slowly these days, but was chatty and in good spirits. He said he had been thinking about what to do when he is too old to live alone, but is not ready to do anything just yet. We let him know that he is always welcome with us. 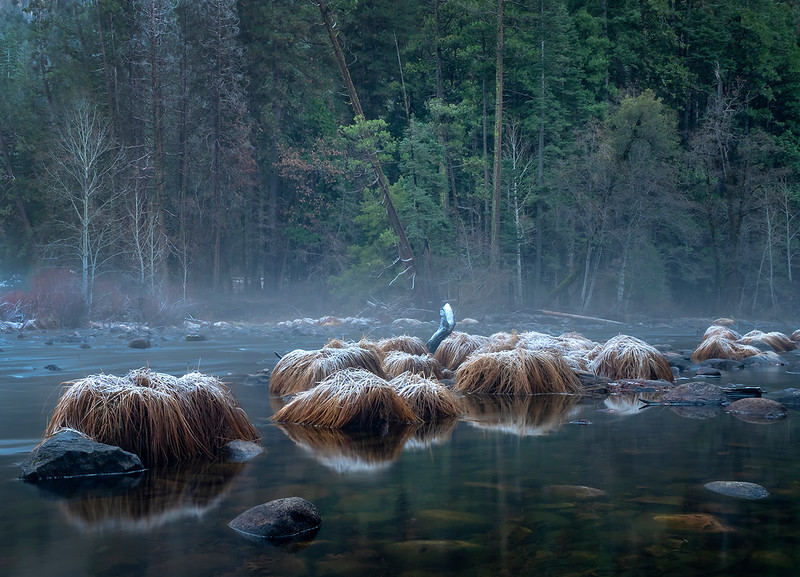 I got up early and edited some more pictures from the Yosemite trip. Looking at them all, I think the one I posted the other day of Malida in the mist is my favorite.

I thought about making a calendar with my pictures from this year, but I think I'll wait until next year. I can send them out as Christmas gifts or something. I'm not good at following through on that kind of stuff. I'm not inclined to make a resolution about it either.

I think about the list I made back as the clock eased past midnight and into January of 2006, when I decided it was time to rebuild my life. It included things like "get a master's degree", "travel to faraway places", and "take a picture every day". I ultimately did everything on that list, and it shaped the life I have now.

I'd like to get back to posting every day here. There something about doing it day after day that creates a rhythm. It also allows for the mundane to be celebrated, as it should. Each moment is a gift.