We had a pleasant drive up the coast to Mendocino. We left at about 7:30 and drove toward Sebastopol, and had something to eat there at the farmers market. It's a nice little town. We were going to take the Bohemian Highway to Occidental, but missed the turnoff, and ended up at the far end of the highway, at the Russian River. We walked around there for a while and headed out to the coast.

We took our time, and stopped to see whatever captured our interest. We stopped at Fort Ross, which is an old Russian fort that has been restored. I remember stopping there when I was a kid. I bought a nesting doll for Malida's mom.

Malida sitting in the window of one of the old buildings.

We were going to have lunch at the Sea Ranch, but the restaurant was closed for the season, so we ate in Gualala instead. We made it to Mendocino at about 3:30, and rested for a bit before walking around down on the beach below where we are staying.

Me walking on the beach. The weather was somewhat overcast, but not too cold, and there were a few people out there. 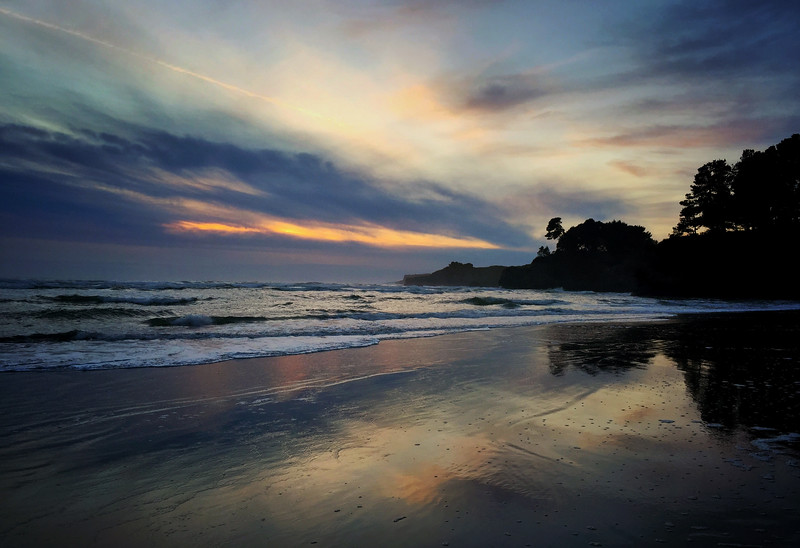 We stayed and watched the sun set. It was pretty.

After our walk on the beach, we walked down to the village and had some dinner in the Mendocino Cafe, home of the famous Thai burrito.

It was a good day.
Collapse