After a nice breakfast at the place we are staying, we headed out to the Point Cabrillo Light Station and environs, at the suggestion of our innkeeper, who always has good suggestions. It was somewhat overcast but no rain. Yet.

We hiked around for a bit and saw the same two sea lions swimming. One of them had a fish he had caught, and was playing around with it. The other one continued to watch us. There was a seagull, too, but he had his own agenda, which was to steal some of the fish. 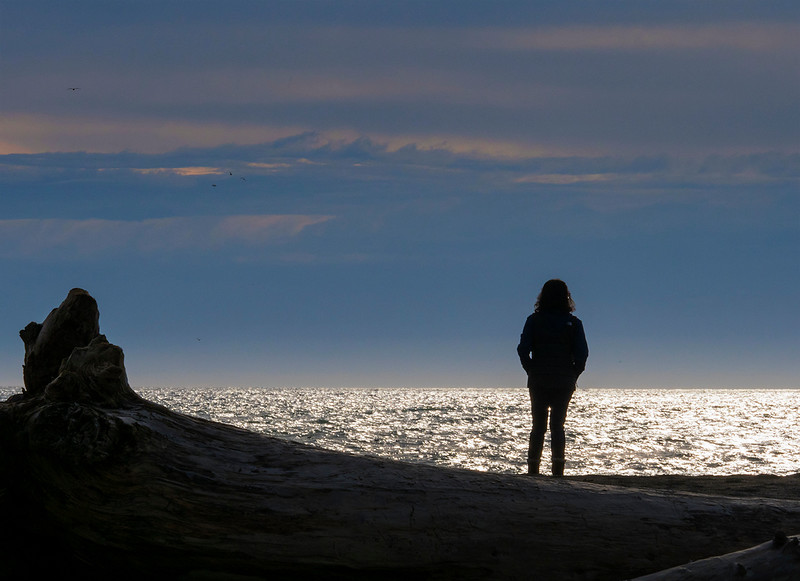 We had lunch at one of our favorite places in the harbor, then headed back and took a nice nap with the sounds of the ocean in our ears. In the late afternoon we took a walk along the Mendocino bluffs, hoping for a nice sunset, but it was too cloudy, and eventually started raining. We ate dinner at a local place and came home to our nice room and read our books until it was time for bed.

I have only downloaded a handful of pictures from my cameras, but this was one of them. I took this out on the bluffs around Point Cabrillo. It looks to me as if I am flying over some mountains, shrouded in mist. It is a 15 second exposure of the surf hitting the rocks. I think this will be my favorite picture from the trip.
Collapse