I slept about 9 hours last night, with at least a couple hours of deep sleep, says my watch. I woke up restless, though, mostly because the cats were restless and walking all over the bed. They are now used to me getting up at 5, and when I don't, they feel it is their obligation to let me know I am not sticking to the schedule.

I'm having a bowl of soup for breakfast. I made a pot of cream of mushroom soup yesterday, just because. It was good, but not as good as I wanted it to be. Something is missing. I'll probably try again one of these days. I seem to remember there is another recipe somewhere here, probably buried in the big pile of recipes in one of the cupboards.

I have some ribs all rubbed up and chilling out, and will cook them this afternoon with some of those mashed potato balls that seem to be everywhere now. At least they are everywhere on my Facebook page. Or were, until I looked to see how to make them and couldn't find them anywhere. Anyway, how difficult can it be?

Now that I have had weekends off for about the last 5 years, I have gotten used to them, and have come to appreciate the anticipation that starts to build on Friday afternoons. Sundays have a tinge of melancholy, though, as I think about how the weekend is almost gone. It helps that I love my job, and don't mind going to it, but still.

When I retire, I'm going to take weekends AND Mondays off. It will be the best of both worlds.

Malida is at some work meeting this morning, and has left me to do the house chores. I have already cleaned the kitchen and done a load of laundry. I also re seasoned one of my cast iron pans that was looking in need of seasoning. It's raining outside, so I feel no urge to go out into the world. Right here is just fine. 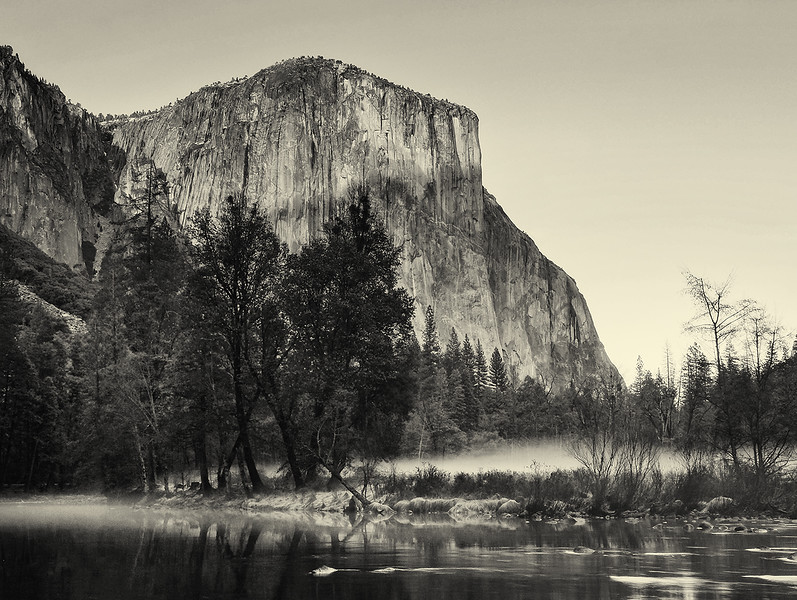 Yosemite in the late afternoon, in black and white.
Collapse