Well, I had a nice little entry in my head, all ready to go, at about midweek, but never sat down and wrote it. I did remember the subject line though, which came to me out of nowhere as I was driving to work one morning. It's true, too.

It has been a mostly uneventful week. I believe it rained some, and there were some big fluffy clouds another day. I sat outside for a while looking at the clouds. It seems like it was fairly cold all week. I had my little portable heater on quite a bit.

My office at home is either too hot in the summer, or too cold in the winter. I think it is because it is the furthest room away from the heater/air conditioner. Now that I have the shutters on the windows, it should stay a bit cooler in the summertime.

I love that there is so little going on that I can spend time talking about whether my room is too hot or too cold. gracegiver for coffee the other day and we had a nice talk and took a walk around the neighborhood. The coffee place was just around the corner from the first apartment I lived in when I moved to Sacramento, way back when. I didn't have a car then, so mostly walked or rode my bike. I hadn't walked around that area for a long time, so it was good to see some of the old places. It was good to see

gracegiver too, as she is one of my oldest LJ friends, and someone I always like to spend some time with.

After our visit, I went to the dentist for my teeth cleaning. The hygienist was off, so the dentist did it. I have been going to the same dentist for about 30 years now, and I like her. I asked her if she had any retirement plans, and she said she plans to work for at least another 5 years. I told her I was thinking about having to get used to a new dentist, and she said she had the same thought, as her dentist would be retiring soon. 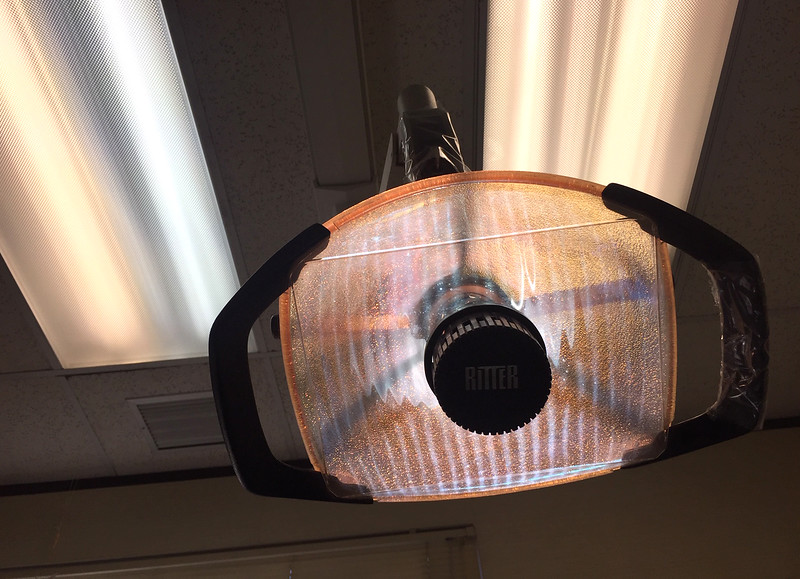 The other day someone asked me what I take pictures of. "Dentist lights", I replied.

Things at work seem to be going well. My boss was out of town for most of the week, so it was relatively quiet, and there were no meetings. I lectured on SHOCK, which is one of my favorite lectures. I oriented my substitute to the hospital on Thursday. He will be covering for me during the time the accreditation people are here in a couple of weeks.

I found that I am quite particular about how I like to do things in the hospital--I don't think I really recognized this until I saw someone else not doing it my way. I had to let it go. He can do things the way he wants to do them. At least I won't be there to fret about it. "What else do you take pictures of?"