A lot happened this week. First and foremost, the semester ended, my students graduated, and I was set free. yay! We had final exams on Monday, and everyone passed by a comfortable margin. We had our graduation ceremony on Tuesday, and it was lovely as usual. 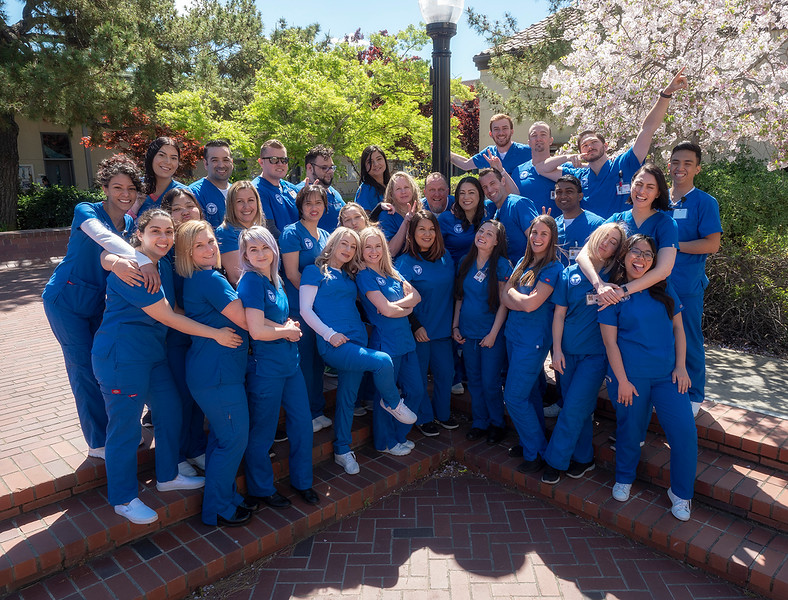 Nurses--a whole bunch of them.

I went in Wednesday for some meetings. I have no idea why I thought it would be a good idea to set up multiple meetings on the last day of the semester, but they were kind of necessary to set up the work I have to do over the first part of the summer. Thursday I did all my end-of-semester filing and took care of some loose ends.

On Thursday evening, I went out before sunset to start my summer photography project, the subject of which is the Sacramento Delta. There were some big puffy clouds, and I was hoping for a nice sunset. The Sacramento river, and the road that follows it, is about a half-hour west of me, and the place I was thinking about was about 15 minutes further down the river.

Once I got out there, it unexpectedly started pouring rain, so I sat in my car by the river and watched the rain come down. I decided to drive a bit further south to check out a spot I was thinking about for a sunrise shot later on down the line. Eventually the rain stopped and the sun came out a bit. I was too late for the sunset, but got some after-sunset shots.

I'm kind of excited by the possibilities down this way. There are all sorts of sloughs, little man-made islands, and at least three rivers--the Sacramento, the Mokelumne, and the Cosumnes. The area is full of vineyards, orchards and rice fields. I will spend the next year seeing what I can see.

South of the town of Courtland, in the area where they grow a lot of pears. Every year Courtland hosts the Pear Fair, which I have never been to. I can't go this year either, as it begins the day after I fly to Thailand. One day, maybe.

We received news from Thailand in the form of some pictures of the house.

It is coming along nicely. They sent some pics of the interior too, and it looks very much like I sketched it out last year. That's the most surprising thing to me--that I could make some sketches and someone else could turn that into something real. They will finish the walls and put in the windows and doors before we arrive at the end of July. Then we will decide on the ceiling, floor, paint, etc.

I have a four-day weekend, and then have to go in for a few days next week, and a few days each week in June to work on the projects I have going. I also have a three-day class somewhere in there. Once July 1st comes along, though, I am done.
Collapse