I'm with my students at the hospital this morning. They are almost done with their clinical rotation, and start their preceptorships next week. That means the semester is at the halfway point, and it is a downhill slide from here on out. Hopefully.

I put my stuff in the locker I use on one of the nursing units, and grabbed my lock out of my bag and locked it up. A moment later I realized that the lock I pulled out of my bag wasn't my lock, and I had to get security to come up and cut it off. I'm not really sure how someone else's lock got into my bag. My lock was there as well, and once the bad lock was off, I locked it with the correct lock. I'll buy the nurse whose lock I had cut a new one, and attempt to explain what happened to her.

We went out to the coast this past weekend to celebrate Malida's birthday. It wasn't really planned--just something we decided to do. All of the places we usually stay were all booked up, so we ended up staying in Bodega Bay, which we just recently discovered was a pretty cool spot. 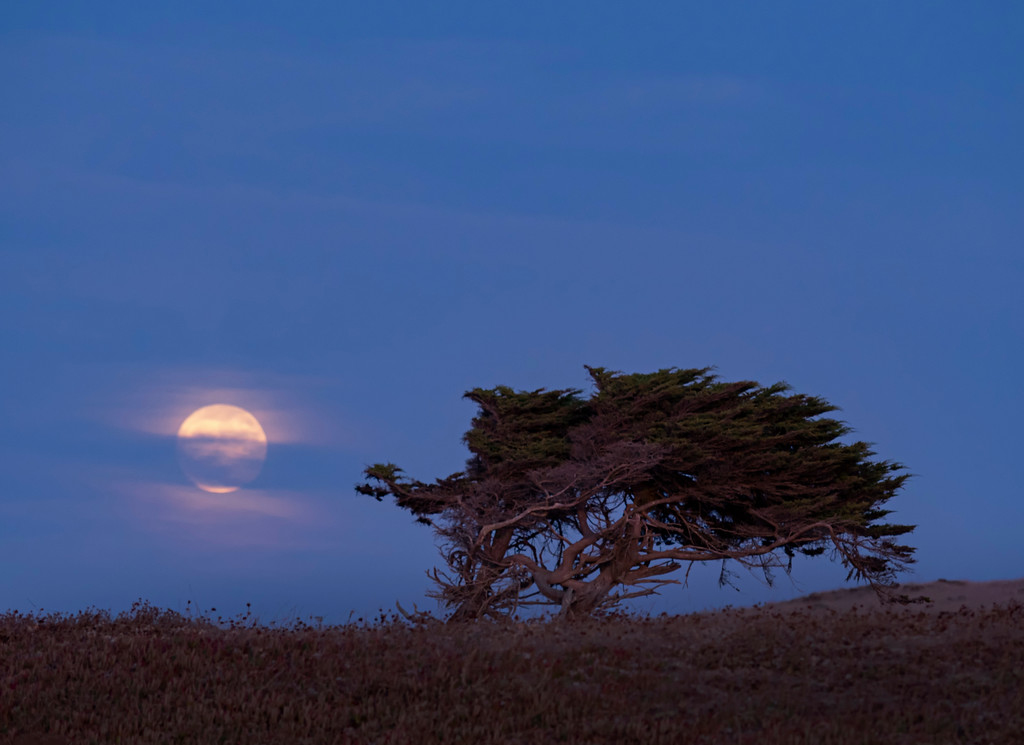 We went out to Bodega Head to watch the sunset, and there were all sorts of people out there watching it with us, and watching a young whale out beyond the rocks. Every time the whale surfaced, everyone would go "Ooooohhhh, ahhhhhhhh". Usually I will move away from crowds of people, but this group was pretty cool, and it was a nice shared experience. Just after the sun set, the big moon came up, and people ooohhhed at that as well.

Tomales Bay in the morning mist.

Sunday morning we drove down Highway 1 to Point Reyes and hiked around on the Tomales Point trail. It was really foggy, which made for some great pictures.

Finally, we headed out to the north beach and walked around for a bit before heading for home. Other than a couple of people fishing, we had the beach to ourselves.

Malida walks along the beach.

It was a lovely weekend. I made some lemon cupcakes on Saturday morning, and when we got home, I lit a candle and sang happy birthday.

I took about a million pictures and was happy, as I haven't really picked up the camera much (other than the wedding I photographed) since we came back from Thailand. It felt good to be out again. We might go up to the Sierras this coming weekend to see the fall color.

Today is the 30th anniversary of the Loma Prieta earthquake in San Francisco. I was a brand new nurse, working on the 4th floor of the hospital in Sacramento. I watched as my patient's cane, hanging from the overbed trapeze, started swaying back and forth, then felt the quake, even though the epicenter was more than 100 miles away.

It was about that same time that I talked to Arlina for the first time, though our first date was still 8 months away. Today is her father's birthday. He's 89.
Collapse