Our flight was delayed on the ground due to some sort of mechanical issue--a light that shouldn't be on. This is the third time i have been on a Delta flight, and the third time I have had mechanical issues. Anyway, they fixed it and we are now in the air. We ill miss our connecting flight in NY, but I was able to call and rebook a later flight while we were waiting, so we will really only be arriving 3 hours later than originally planned. Maybe.

While we were waiting, there was a beautiful sunrise. I can't seem to upload the pic. Mechanical problems. lol. 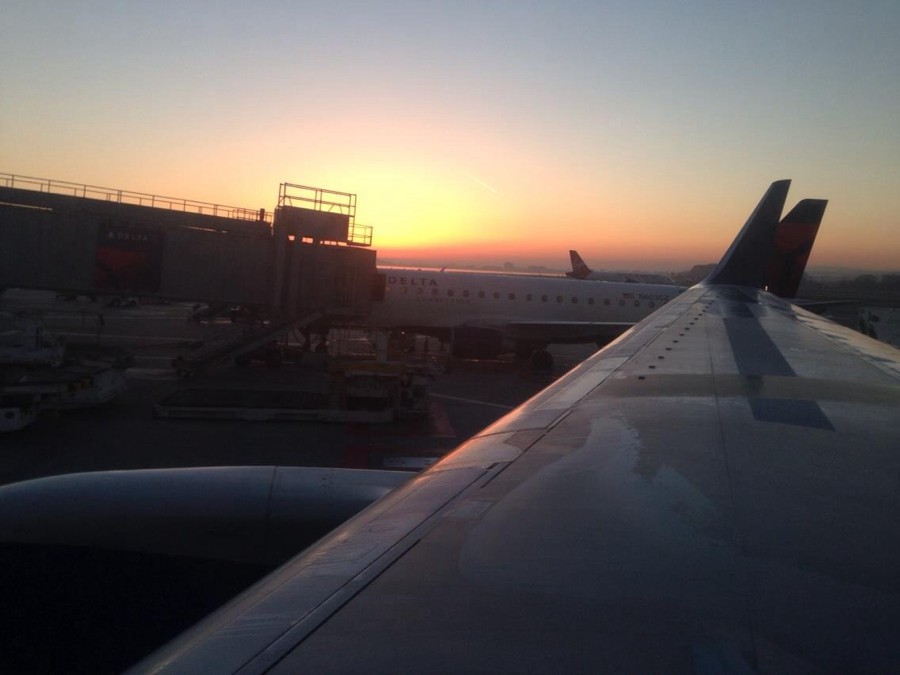 The plane took off after an hour, which was just long enough of a delay to ensure we would miss our connecting flight in NY. I called and rebooked before we took off. When we got to JFK, I found that they didn't actually reserve seats for us, so the next plane was full. The woman at the desk was very nice and spent almost an hour figuring something else out for us. She got us on a direct flight to Frankfurt, and had a shuttle rush us over to catch it at the other terminal. We had a great flight, and got to see our second sunrise of the day as we flew over the Normandy coast.

We're in Frankfurt now at Malida's cousin's house. It's filled with kids laughing and playing. I need a cup of coffee and a nap, and I'll be all set.